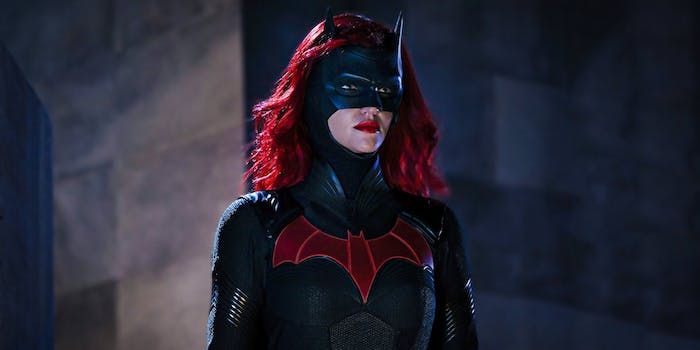 The casting notice is encouraging LGBTQ actors to apply.

A couple of weeks ago, Batwoman star Ruby Rose announced that she was leaving the show after only one season. And as the CW goes forward with plans to recast the titular role, we’re learning that Batwoman and the Arrowverse (aka the connected universe of DC Comics shows on the CW) might be going in a new direction.

An alleged leaked casting notice for the Batwoman recast made its way to the Batwoman subreddit. Instead of simply recasting Kate Kane, the secret identity of Batwoman (and Bruce Wayne’s cousin on his mother’s side), the CW appears to be looking for an entirely brand new character to take up the mantle.

The casting notice is calling the new character Ryan Wilder and says that it’s looking for a woman in her mid-to-late 20s; while there isn’t a DC Comics character named Ryan Wilder (nor anyone who takes up the Batwoman mantle other than Kate Kane), her characteristics are similar to other DC characters like Poison Ivy. It also encourages LGBTQ performers to submit auditions; Ryan Wilder, like Kate Kane, is canonically a lesbian.

What the casting notice also details is that Ryan Wilder will essentially be the exact opposite of Kate Kane, noting that Ryan is “likable, messy, a little goofy and untamed.”

With no one in her life to keep her on track, Ryan spent years as a drug-runner, dodging the GCPD and masking her pain with bad habits. Today, reformed and sober, Ryan lives in her van with her plant. A girl who would steal milk for an alley cat and could also kill you with her bare hands, Ryan is the most dangerous type of fighter: highly skilled and wildly undisciplined. An out lesbian. Athletic. Raw. Passionate. Fallible. And very much not your stereotypical All-American hero.

Batwoman is currently set to return to the CW for its second season in January 2021.