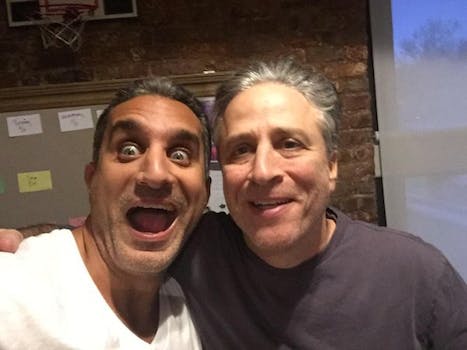 It's called 'The Democracy Handbook.'

Good news for everyone still looking to fill the Jon Stewart-shaped hole in their hearts.

Dr. Bassem Youssef, often referred to as “the Jon Stewart of Egypt,” has signed a deal with Fusion for a new politically minded webseries called The Democracy Handbook. It’s part of a recently launched project called F-Comedy, a destination specifically geared toward original funny videos, and Youssef’s series is one of the first announced in the lineup.

Youssef, a former cardiac surgeon who retired after his political satire column landed him a TV deal in Egypt, is hoping that his outsider’s perspective on U.S. politics will bring something new to the table for American viewers.

According to a press release, the series “will follow Youssef as he comes to America to learn the lessons of democracy, so he can import them back to the Middle East—but learns our democracy isn’t quite as great as he thought.”

The series will be available in this spring, and it will be followed by a corresponding TV special, but no details about release dates are available yet.

Youssef also announced this week that he’s signed with United Talent Agency in Los Angeles, so it’s safe to say this deal is only the tip of the iceberg for what the comedian has planned in the U.S.