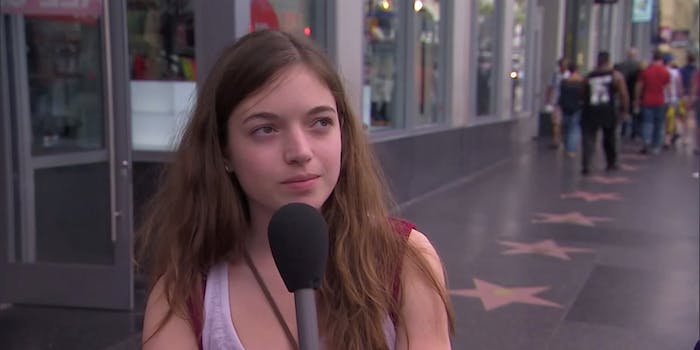 Not even political pundits can top these lies.

These people aren’t as big of experts on President Obama as they claim to be.

In honor of Obama’s appearance on Jimmy Kimmel Live, Jimmy Kimmel sent out his camera crew to scour Hollywood Boulevard for Obama experts and people who keep up with political news. Only, as per usual with the “Lie Witness News” segments, all the questions are completely made up and the lies are even bigger than the ones being told by political pundits.

Whether it’s scripted, an attempt to save face at their lack of knowledge, or these people actually think that news stories about Obama’s earring, his refusal to not get his new son circumcised, and his sleepover with Kim Jong-un are true is unclear. But they will go down with their lies—they’ll even tell you what they were doing when they heard the news.

And in this web of lies we all win.