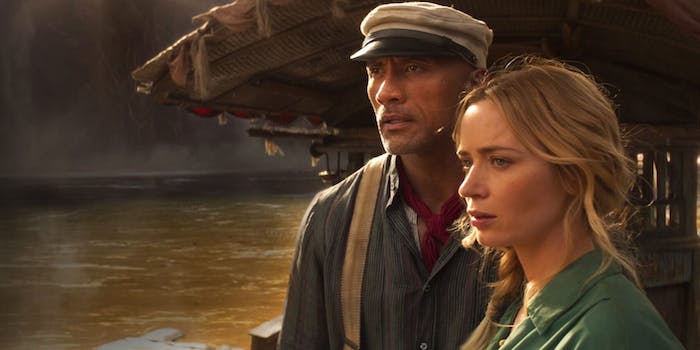 Emily Blunt, Dwayne Johnson will star in a superhero movie for Netflix

After filming Disney‘s upcoming blockbuster Jungle Cruise together, Emily Blunt and Dwayne Johnson will partner up for a second time. They’re making a superhero movie, and it’s heading to Netflix. However it’s not about the DC Comics supervillain Black Adam, the Shazam spinoff that Dwayne Johnson has now been hyping for years.

Ball And Chain is based on a 1990s comic created by Scott Lobdell and Ale Garza. It sounds a lot like a superheroic riff on vintage Hollywood divorce romcoms: An adventure story about a divorcing couple who are forced to stay together by bizarre circumstances. This time around they’re an unhappily married couple who accidentally gain superpowers and can only use those powers when they’re together.

Emily V. Gordon will write the screenplay, following her success with romantic comedy-drama The Big Sick.

Honestly, this may spark more interest in Jungle Cruise, a movie that otherwise just looks like another example of Disney capitalizing on old IP. (Like Pirates Of The Caribbean, it’s based on a theme park ride.) At the very least, Blunt and Johnson must have great chemistry to make another movie together so soon, something that’s relatively rare outside longtime collaborations like Matt Damon and Ben Affleck. They’re also a big get for Netflix, joining a list of Netflix action movies starring big-name actors like Chris Evans, Chris Hemsworth, and Mark Wahlberg.

It’s unclear whether Ball And Chain will get a theatrical release as well, or whether this is part of a post-pandemic trend for more big-budget movies to be released exclusively online.