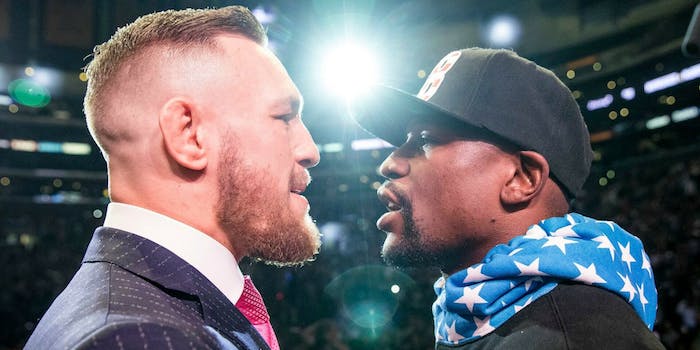 For the past three days, Floyd Mayweather and Conor McGregor have been hyping their Aug. 26 boxing match by engaging in press conferences that have filled arenas in Los Angeles, New York, and Toronto. They’ve devolved into pro wrestling-style, shenanigan-filled exhibitions where Mayweather and McGregor use racist and misogynistic language that have put a blight on the sport.

Luckily, the latest Bad Lip Reading video has appeared to ease the tension as Mayweather squawks like a bird, calls McGregor a picklehead, and sings a blistering new song, “Watch Out Rinaldo.”

Mayweather and McGregor will finish their tour with one last press conference on Friday in London. But if that press conference is anything like Thursday’s “shitshow” (those are the words of UFC President Dana White), perhaps you should forgo watching it and just keep replaying Bad Lip Reading. Especially since Mayweather’s new song is destined for the top of the charts.