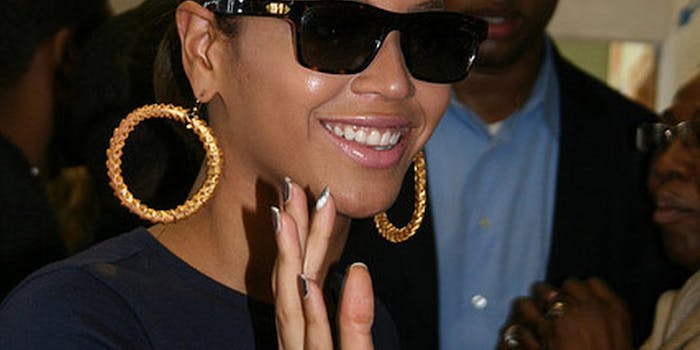 Here's what Beyoncé was really singing during that alleged lip-synch.

One week after the presidential inauguration, people are still buzzing about whether or not Beyoncé lip-synched “The Star-Spangled Banner”, but instead we should wonder whether we just misheard it.

Bad Lip Reading has already turned One Direction, the NFL and much of the political season into a pile of gibberish over the past few months. We got a taste of Beyoncé’s newest song, “La Fway,” in a bad lip reading of President Obama’s Inaugural Address just weeks before the Super Bowl, but now we finally get to hear the whole thing.

Millions around the world had their eyes on Beyoncé as she used her words to convey prolific messages in her signature voice that her followers (and for once, the glitchy YouTube captions) are able to understand.

“My dog, you can’t see him / Put your mouth next to me / All night, I scratched your pig,” Beyoncé sang.

She scatted and prolonged her notes as President Obama looked on, gradually gaining the momentum to belt a line about the pig, Rusty, which is timed to match the emotional climax where Beyoncé pulls the monitor out of her left ear.

By then, we’re already too far under her power to escape, and she ends with loud cheers from a Who’s Who of Washington, D.C.

Did Beyoncé lip-synch the National Anthem? The jury’s still out, but at least she’s still got La Fway with her.

And, to take a cue from Anderson Cooper, we’re living in Beyoncé’s world, and we should just thank her.