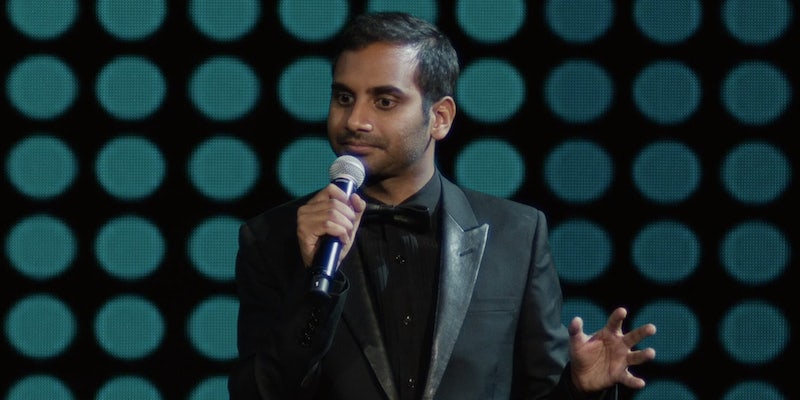 Aziz Ansari is doing standup four months after a report of his sexual misconduct sparked a national conversation about consent.

The comedian performed several unannounced sets in New York City last week, reportedly performing at the Comedy Cellar from Wednesday to Sunday. According to attendees who tweeted about the secret sets, the Master of None comic riffed on millennials, race, and coffee.

In January, an anonymous woman told Babe.net that she went out on a date with Ansari last fall that ended in sexual assault. At his place, Ansari reportedly insisted on sexual activity that she, both verbally and nonverbally, repeatedly declined. Eventually, she left his apartment and said Ansari forced her head to his penis “five to seven times. He really kept doing it after I moved it away.” Ansari has since said the activity was consensual.

aziz ansari just showed up at the comedy cellar last night while my friends & i were on edibles. almost broke my ribs laughing & ate too many fries. such a good day.

It seems right on schedule, the men of the #MeToo era are slowly working their way into the limelight again.