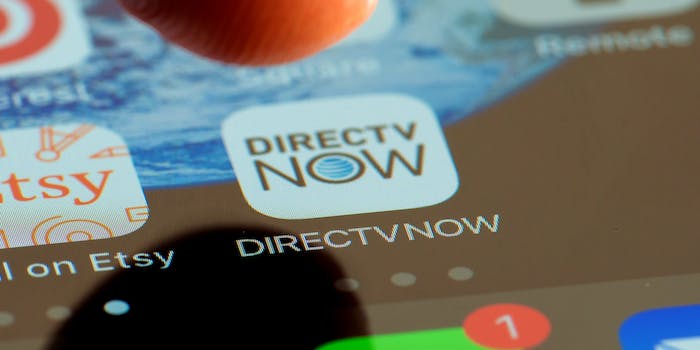 AT&T continues to report losses across a number of cable-style platforms.

Ahead of next week’s third-quarter earnings report, AT&T is telling shareholders to prepare for news of massive subscriber losses. Cord Cutters News reports that the company sent a letter to investors detailing a bleed of over 1 million subscribers over the past three months.

In the letter, the company admits that surviving in the cable and satellite space is getting harder, attributing the subscriber plummet to “tough content negotiations” and “aggressively managing costs,” which led to some “content provider blackouts.” AT&T reports almost 300,000 more lost customers over Q2, which saw nearly 800,000 TV subscribers jump ship.

These losses come across several AT&T platforms, including DIRECTV, AT&T TV NOW, and U-verse TV. The company seems to have reached the point where it isn’t trying to save these customers. AT&T announced price hikes of up to $15 a month for AT&T TV NOW customers as these numbers rolled in.

AT&T TV NOW is a “skinny bundle” streaming service similar to Sling TV. The app-based approach to mimicking cable has been largely overshadowed by streaming services like Netflix and Hulu, and various competitors in this space have seen massive subscriber losses. Even the most successful are growing slowly, if at all. With the pending launch of HBO MAX, the company seems to be shifting away from cable-style offerings in favor streaming services along with the vast majority of the media industry.

AT&T also hopes that a different (and confusingly named) service called AT&T TV can compete in this cable-style space. AT&T TV is the replacement for DirecTV and already allows customers to stream live TV in some markets. The company bets this service will attract new subscribers because it is more robust than some of its other cable-style services. AT&T TV allows for massive DVR storage, 55,000 on-demand titles, and use across numerous devices.

It remains to be seen if a service like this can gain traction in the midst of the streaming wars. But it is clear that these other cable alternatives have failed.