What I learned about style from Ariana Grande’s ‘Problem’

I’ve watched the “Problem” video more times than a grown ass woman should voluntarily admit to.

You know you’re old when someone who is apparently already huge with the Nickelodeon set is news to you: I’ve been a fan of Ariana Grande since she released “The Way” with Mac Miller last year, but Ariana Grande has been a thing on Nickelodeon for much longer. The rest of us are finally catching up. Her new track with Iggy Azalea, “Problem” is contending for Official Summer Jam of 2014 and putting up a good fight. Having teased the video for the past million years—because now it’s not enough to just release a video without letting everyone know about it 17 times a day for at least 6 weeks before you actually do—she finally let it drop on Friday. The problem is that after all the hype, the “Problem” video is kind of lame. Cute! But lame.

That’s Ariana Grande in a nutshell though: cute but sort of lame. Actually, she’s straight up adorable, and her doe eyed flirtiness is kind of captivating, which is why I’ve watched the “Problem” video more times than a grown ass woman should voluntarily admit to. That, and the track features Iggy Azalea, who I think is the next Nicki Minaj (hint: I love Nicki Minaj). Even though the “Problem” video is a schticky mod throwback (another description that also perfectly summarizes Ariana’s persona), it did teach me a thing or two about Carmela Soprano nails and letting your friends choose your outfits.

I am turning into my grandmother 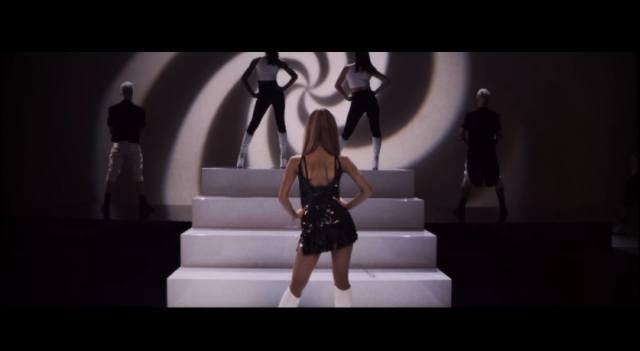 Apparently I am old because when I saw that opening shot of Ariana from behind my first thought was, “Someone get that girl a rack of lamb, a loaf of bread and some feta cheese.” I am unofficially becoming an old Greek grandmother. If I were actually an old Greek grandmother, I’d take her a plate of food by any means necessary. I don’t want to judge women’s bodies based on what is sexy/beautiful or not sexy/ugly, but sometimes when a woman is so visibly emaciated she looks ill, it’s worrying. I think I missed the part where it became politically correct to be okay with a person’s bones protruding from their skin in unnatural ways. 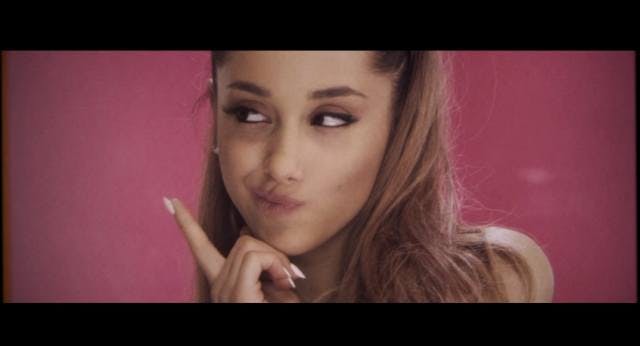 As a woman who you know, does stuff—hang shelves, cook, masturbate—I have a natural hatred of long nails. It’s impossible to do anything when you’re in constant fear of breaking a nail and, more importantly, when your fingers can’t even reach the thing they’re trying to touch. But Ariana Grande’s white, Carmela Soprano style talons look good—although it could be because they’re on her delicate little fingers at the end of her tiny little bird hands rather than on excessively accessorized, gaudy gold jewelry drenched hands of a fictional mobster’s wife.

Every woman needs a sparkly dress 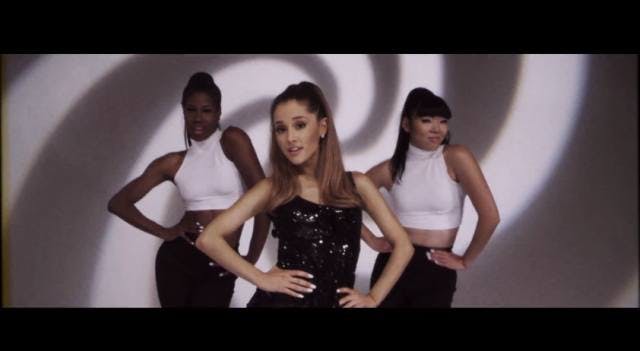 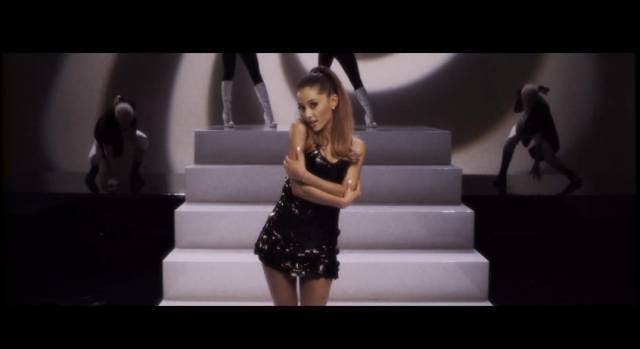 Watching Ariana in a spangly little A-line dress reinforces the rule that every woman should have a sparkly dress in her arsenal. I guess it’s anti-feminist to tell women what to wear, but even if you’re in overalls or parachute pants or whatever it is a woman regularly puts on to go about her business, there’s no reason why she shouldn’t have a sparkly dress as well. I mean even Beyoncé, Queen Woman, suggests we all have a freakum dress. Ariana’s dress in “Problem” is a little bit Mariah Carey too, and there’s absolutely nothing wrong with a little Mariah Carey.

Know how to identify friends from frenemies 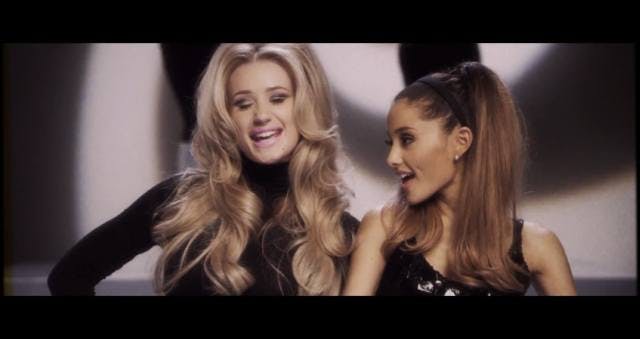 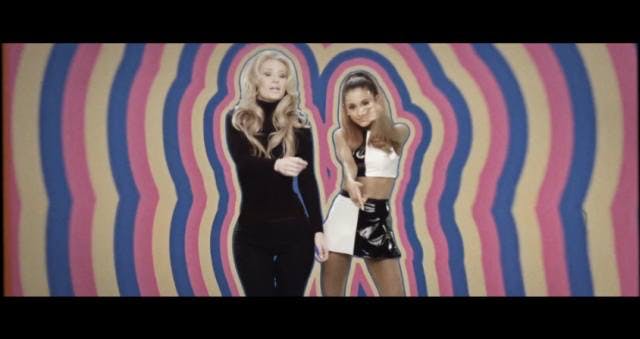 Whoever dressed Iggy Azalea for this video is either not a very good stylist or was hell bent on playing her looks down so she wouldn’t upstage Ariana. Ariana Grande, obviously, is an attractive girl, very waifish and pretty. But Iggy Azalea is a straight up hot babe. She also exudes a certain power that I think comes from her womanliness, and by “womanliness” I mean her perfect curves. You wouldn’t know it in the “Problem” video, though. She only gets to wear one really fucking boring outfit that doesn’t do her body any justice. Her hair is ridiculous (Dolly Parton bouffants are for Dolly Parton only), and her makeup detracts from her natural beauty. Meanwhile, Ariana Grande dances around next to Iggy in a sparkle princess dress and then a perfectly mod era-appropriate two piece, which, in my opinion, Iggy would have slain if she had worn it. Ariana also gets to wear non-stupid makeup and her regular, pretty hair. This is an important lesson for any woman taking fashion advice from her “friends”: not everyone has your best interests at heart.

Read the full story at Noisey.