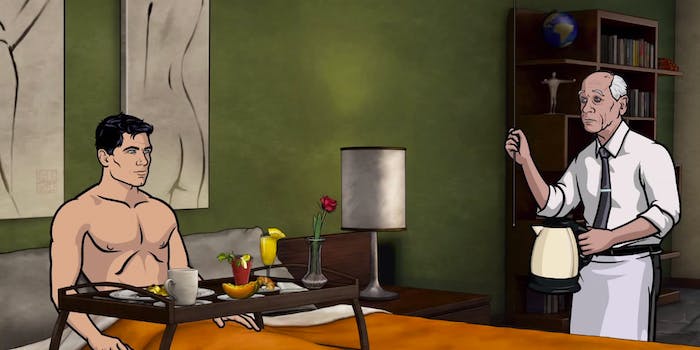 Fans of Archer were devastated last week when actor George Coe—who voiced the character of Woodhouse—passed away at age 86. Now, FX has released a tribute to the beloved Coe, and you’ll need some tissues.

Coe, one of SNL‘s original cast members and a renowned TV, stage, and film actor, portrayed the beleaguered butler Woodhouse. Archer creator Adam Reed told Esquire that Coe’s voice for the character had a “chipper sadness” to it. He added that’s he’s “not sure about Woodhouse’s fate.”

This compilation highlights some of Woodhouse’s best moments, but the last one will definitely release some tears from eye jail.