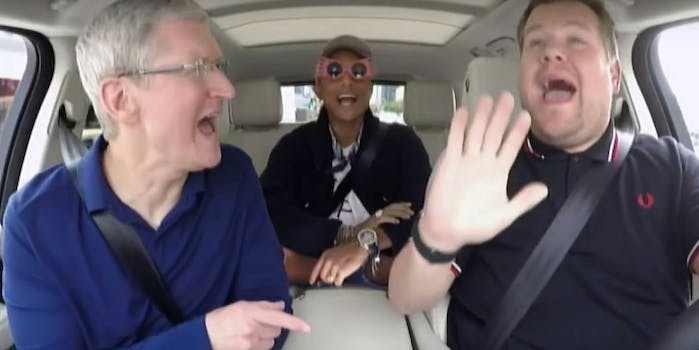 Last summer, Apple announced the first kinda-sorta concrete plans for original content: a spinoff of “Carpool Karaoke.” But it has to have something more substantial in store, right?

According to the Wall Street Journal, sources close to Apple claim that by the end of this year, the tech company will start rolling out new original series and movies, which will reportedly be available to Apple Music subscribers. It appears the focus will be on TV first, as the sources said Apple has been in talks with producers about picking up right to scripted TV shows.

Carpool Karaoke, music doc 808, and a rumored Dr. Dre series point to more music-heavy content, though it’s not clear if big Apple Music names like Drake or Taylor Swift will be involved.

While streaming sites like Netflix have been quietly pivoting to a younger crowd with original series like The OA and the upcoming film iBoy, Apple probably won’t be trying to compete with it. But it will reportedly attempt something Netflix doesn’t: sharing viewer data. It’s more likely Apple might be trying to catch up with Spotify, which has also experimented with original content.