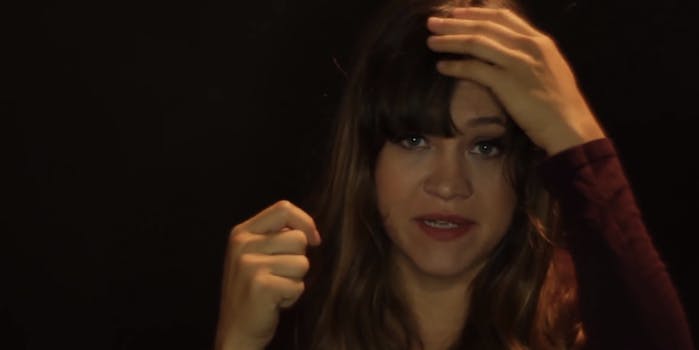 No, your bangs won’t make you look like Zooey Deschanel

There’s finally a Public Service Announcement about one of America’s most dangerous obsessions: bangs.

“Every year thousands of Americans harm themselves in an attempt to look ‘different,'” the PSA begins, chronicling the devastating effect that bangs have on America. One girl fueled by bang jealousy burns down her sorority house, another does a stint in juvie after stealing a thousand dollars’ worth of bobby pins. Bangs obscuring one girl’s vision ends in the death of her boyfriend.

For everyone who’s considered bangs, this video is an important wake-up call. Say no to bangs! Don’t get caught up in our bangs-obsessed society. Not all of us can be Zooey Deschanel. Bangs are a gamble that’s just not worth taking.