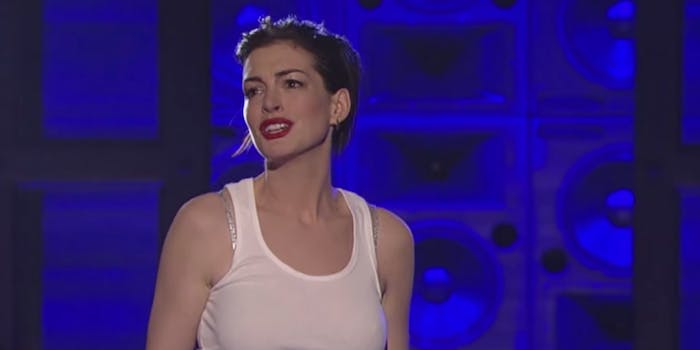 Anne Hathaway takes ‘Wrecking Ball’ to the next level

The Rock made us weak in the knees last week with his Taylor Swift lip-sync performance on the new show Lip Sync Battle. But since this is a celebrity lip-sync show, of course Anne Hathaway showed him up.

Spike TV debuted a teaser for this week’s battle, which pits Hathaway against Emily Blunt. She channels Fantine and goes full theater camp on Miley Cyrus’s “Wrecking Ball,” complete with wrecking ball and a middle finger to Blunt.