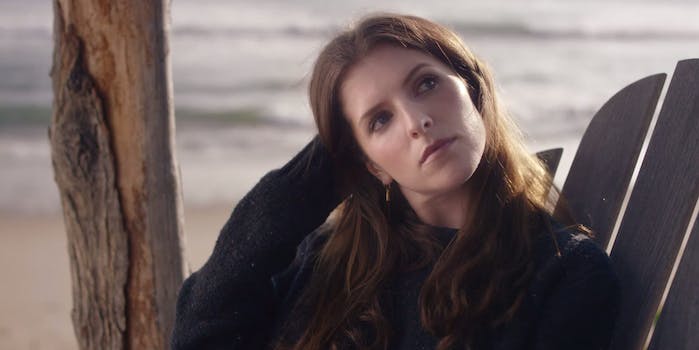 Anna Kendrick’s shower thoughts are deeper than you can imagine

Wisdom for the ages, everyone.

Anna Kendrick has always seemed like one of the chillest people in Hollywood, so we’re glad to see her following in Nick Offerman‘s footsteps by recording a “shower thoughts” video.

Shower thoughts are those profound, vaguely stoner-ish revelations that materialize when you’re in the middle of a shower. Thanks to Glamour magazine, we now get to hear some of Anna Kendrick’s little moments of mid-shower genius. And every one of them is a gem.

“They should release a sequel to Groundhog Day,” Kendrick muses, gazing calmly into the middle distance. “And then just re-release the original.” Yes, Anna. They should.

“The roof of your mouth is actually more like a ceiling.”

So much wisdom from one so young.