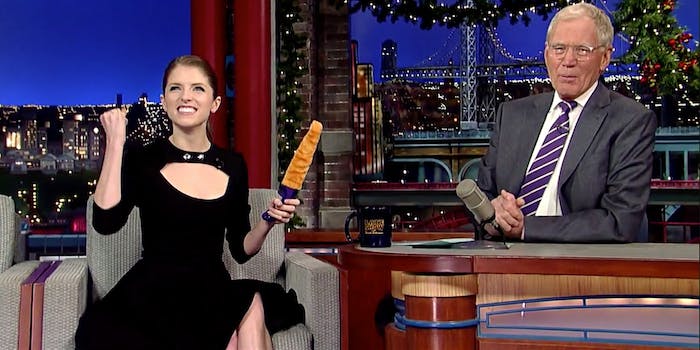 Cat toy, or sex toy? Anna Kendrick has an idea.

There’s a classic “dirty mind” test in which some people see a cute picture of some frolicking dolphins, while those with baser urges instead see… other things. Anna Kendrick‘s recent appearance on the Late Show is like that, but with a weird cat toy.

Doing the press rounds to promote her upcoming film Into The Woods, the 29-year-old actress had some strong feelings about one of the Christmas gifts David Letterman had on his show.

An innocent cat toy, you say? Maybe, maybe not.