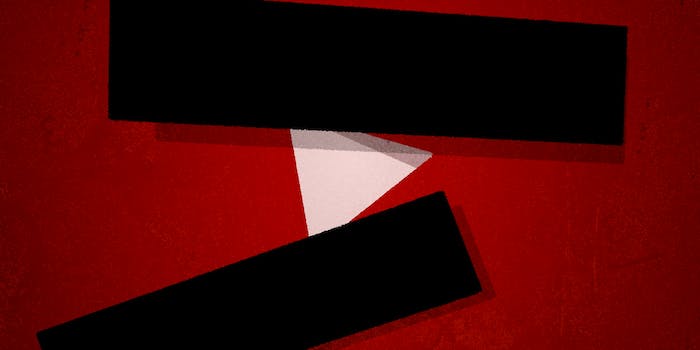 YouTube has finally suspended a channel dedicated to crushing animals

Warning: This post contains graphic descriptions that may be upsetting to some readers.

After Gizmodo reported that the creator behind a channel that features stomping and crushing of inanimate objects was also running a secret, unlisted YouTube channel to host illegal animal-crushing videos, YouTube took action and suspended the offending account.

Bootsmade4crushing, which housed crushing fetish videos that did not violate terms of service is simply listed as closed, likely by the uploader himself, but Boots666, allegedly run by the same creator and which hosted the unlisted animal videos, was “suspended due to multiple or severe violations of YouTube’s policy on violence.” Animal crushing is not only against YouTube guidelines, it is also illegal in the United States.

The Tumblr that was sharing these videos was also deleted after the owner cleaned house following Gizmodo’s emails.

Just like with copyright violations, misconduct can be flagged by users, resulting in strikes against a channel that limit a creator’s functionality. In Boots666’s case, a strike against him left him unable to upload videos, even unlisted, for six months, according to screenshots obtained by Gizmodo.

For all infringing content, the process remains the same: YouTube reviews flagged content and removes material that violates policy. That means for unlisted content, which is not part of Google’s search, the flagging must be done by people in-group who have access, often giving them little incentive to do so. This presents the biggest problem for YouTube when combating these sorts of violations.