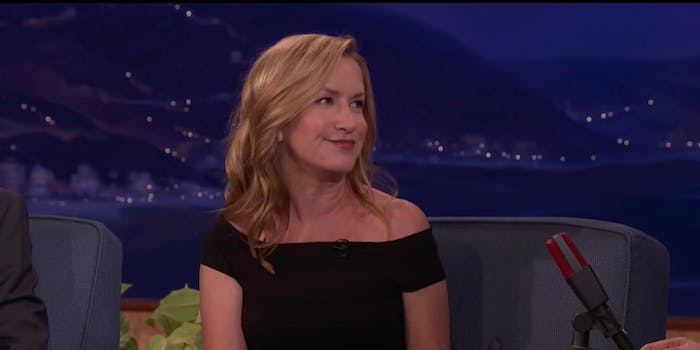 Dating is cringe-worthy enough on its own, but for one user, it may have gotten even more so after his famous aunt called him out for using her photo on his Tinder profile.

The Tinder profile of James looks fairly ordinary at first glance: It’s got the basics and a corny line. But it also gives some context to one photo featuring actress Angela Kinsey, who’s best known for playing Angela on The Office. For those who might recognize Kinsey in the photo, it’s not just a random celebrity photo—it’s a family photo because, according to James, Kinsey is his aunt. But it also serves the purpose of casually bragging that he’s related to Kinsey.

But because nothing’s ever truly a secret online, a screengrab of James’ profile—or at least word of what his profile contained—made its way to Kinsey, who casually dunked on him in a recent Instagram Story.

After the side-by-side screengrabs of James’ profile and Kinsey’s response went viral on Twitter, Kinsey also added a grimacing emoji in response.