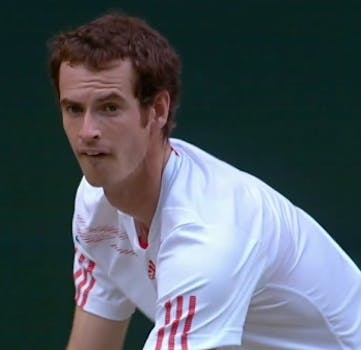 Andy Murray “British or Scottish” jokes take off on Twitter

Is tennis star Andy Murray British or Scottish? If you ask jokesters on Twitter, that depends on whether he wins or loses at Wimbledon.

Before this year, Britain’s number-one tennis player Andy Murray had yet to reach the final of Wimbledon. With just Roger Federer now standing in the way of his first Grand Slam title, many believe this year brings Murray’s best chance to break his majors duck.

Yet during Friday’s semi-final against Jo-Wilfried Tsonga, jokers on Twitter cited the old adage that the Dunblane-born athlete is a British player as long as he is in the tournament, and will revert to simply being Scottish if he fails to win the whole shebang.

The jibes come from both sides of the Scottish-English border, with some of those north of Hadrian’s Wall bemoaning an apparent English media bias against Murray if he loses, and many of those in England upset over a joke Murray made several years ago. In 2006, he suggested he’d like to see “anyone but England” win soccer’s World Cup that summer.