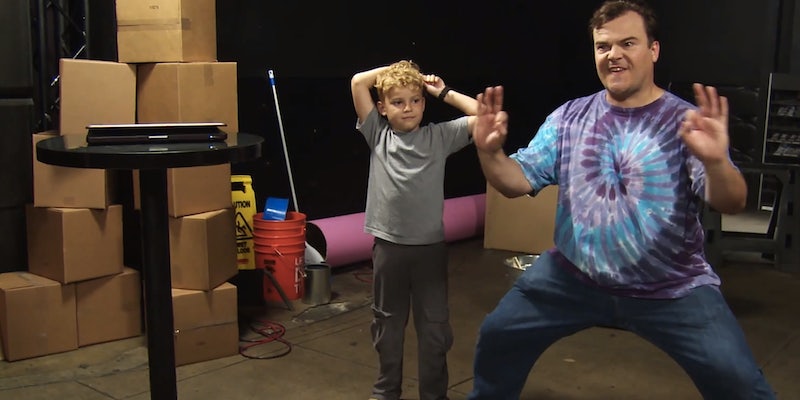 Jack Black and Andrew W.K. dive into Minecraft on a new kids’ show

The day is saved with the help of YouTuber Stampylonghead.

The first episode of Andrew W.K.’s new kids’ show on YouTube jumps right into the world of Minecraft, literally.

When Andrew W.K. is faced with a late delivery of a working volcano for his stage show, Meet Me at the Reck‘s first guest, actor and musician Jack Black, travels into the Minecraft world with his son to enlist the help of YouTuber Stampylonghead. They use Stampylonghead’s Minecraft skills to make an ice throne in the game, and then take that idea back to the real world to solve W.K.’s missing volcano problem with a chilling substitute.

The only bad lesson it may teach kids? Black doesn’t follow through on his promise of cake for Stampylonghead’s help, but he does give him a healthy apple instead. Back in the real world, the gang has used cardboard boxes to build a fun stage set, and all is well.

Overall, the episode blends play with technology, all while not talking down to the youngsters the show aims to reach. The series will run for five more episodes with Maker Studios airing each Saturday; upcoming guests include pro skateboarder Eric Koston, and NASA scientist Michael Meacham.