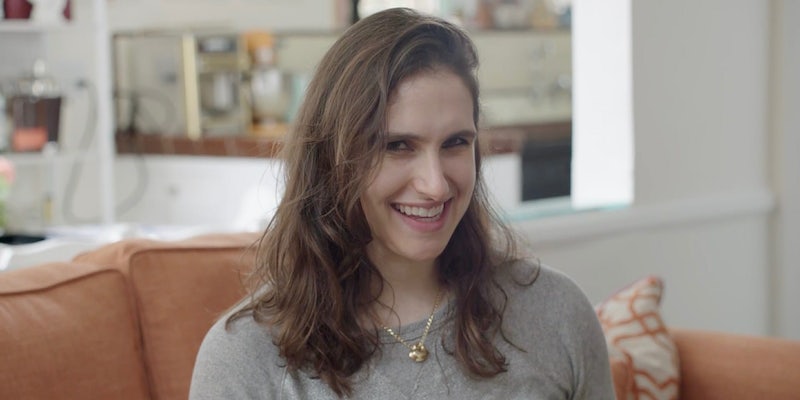 The meta brilliance of ‘An Emmy for Megan’

She made the series to get an Emmy—and now she's nominated.

The Television Academy announced the 2018 Emmy nominations Thursday morning, sparking the usual amount of celebration, shock, frustration, and wrath over who did and didn’t get nominated. But one of the more delightful series to be nominated was completely by design, offering a commentary on the Emmys themselves while being an absolute delight to watch.

Chances are, you aren’t too familiar with the short form Emmy categories (or might not have known there were short form categories until now). Those particular awards are not handed out during the Primetime Emmy Awards—they’re relegated to the two-night Creative Arts Emmys ceremony instead—and might air on a website or be featured on social media as opposed to more standard TV networks or streaming services. And what it entails has expanded within the past few years; according to the Television Academy, a short form series has “a minimum of six episodes running an average of 15 minutes or less per episode, exhibited over-the-air and/or via cable, satellite or internet.”

But this year, the short form is getting newfound attention. Megan Amram—who’s written on The Kroll Show, Parks and Recreation, and The Good Place—received two nominations for An Emmy For Megan, a six-part webseries that she wrote, directed, and starred in an effort to win an Emmy for outstanding actress in a short form comedy or drama series. (On top of the outstanding actress nomination, An Emmy For Megan was also nominated for outstanding short form comedy or drama series.)

She released all six episodes on Vimeo on April 27—the final day she could submit the series for Emmy consideration. And not only did Amram create the webseries about her quest to get an Emmy, she even advertised it on a billboard.

From the very first scene, Amram (or, as she specifies, a fictional version of her) is open about why exactly why she’s making An Emmy For Megan. After all, it’s the entire drive behind her premise.

“I was watching the Emmys last year, and there was a category called ‘outstanding actress in a short form comedy or drama series,’” she explained. “And I thought to myself, ‘Wow. I could win that.’”

The premise of An Emmy For Megan could’ve easily gotten stale quickly, but the series never overstays its welcome, as the kind of humor that’s evident in Amram’s other TV writing shines through. The character of Megan Amram has clear motivations, makes deliberate moves toward achieving her goal, and interacts with friends and mentors alike throughout her journey (including an Emmy winner).

There’s also growth. In one episode, Amram realizes that there isn’t a minimum time length for an episode so she steps away and lets other famous friends and colleagues talk for her. In another, she acknowledges her own shortcomings. It even has a finale with a true sense of finality and enough setup for a spinoff short form series.

Amram’s quest for an Emmy is inescapable in An Emmy For Megan, but is it really so different from many of the TV shows that have Emmy nominations of their own? Those shows have motivations and overarching plots. And sure, they might not break the fourth wall to say “Please award us an Emmy” as An Emmy For Megan does, but networks like HBO, Netflix, and Hulu would very much like Emmys awarded for its prestige comedies, dramas, limited series, and TV movies that aired within the past year.

Many of those networks launch For Your Consideration campaigns to grab the attention of the Television Academy so that their shows (and the people who work on them) will be nominated and win Emmys. And given that the FYC money the CW would’ve used to campaign for Jane the Virgin and Gina Rodriguez will completely fund a four-year scholarship at Princeton University for an undocumented Latina student, it’s a lot of money.

Amram, on the other hand, is campaigning for an Emmy within the confines of her own webseries. The billboard she purchased (as well as media coverage for An Emmy For Megan) got the word out there further, but you can easily get everything you need from the show itself. It’s also funny, so it’s easy to get sucked into the journey and the drama, particularly when Amram’s Good Place colleague D’Arcy Carden shows up.

And so far, Amram is halfway to achieving her goals. Getting nominated was one thing, now she has to win. And even if she doesn’t get an Emmy for the category she aimed for, there’s still another chance to make her dream come true.

The Creative Arts Emmy Awards will be handed out Sept. 8 and 9, and a condensed version of the ceremony will air Sept. 15 on FXX. You can watch all of An Emmy For Megan on Vimeo.