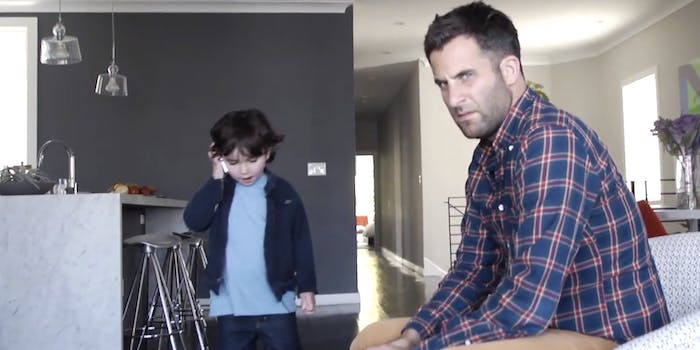 'Everything But The News' is back and more adorable than ever.

Who knew venture capitalists could be so adorable? It helps, of course, that this one is five years old.

Max gives a tour of his home to Steve Goldbloom in the second season of Everything But the News. The PBS Digital Studios series follows Goldbloom as a Jim Lehrer-obsessed cub reporter from PBS who’s stuck on assignment covering a world of tech about which he knows little.

This episode is a bit of a departure from the normal Everything But the News formula. While Goldbloom is skewering the tech world and PBS, he’s normally got some level of reality intersecting with his joke. Max is obviously a gag, but watching him explain his modern art as made by his 5-year-old friend is laugh-worthy.

It may not be business as usual for Everything But the News, but perhaps it’s discovered an offshoot series where Goldbloom interacts with precocious kids playing entrepreneurs.

Screengrab via Everything But the News/YouTube