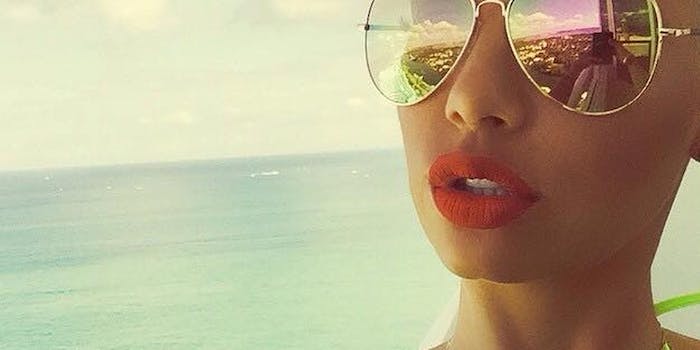 After Amber Rose was all like “Kim Kardashian who?” and broke the Internet with a series of jaw-dropping string-bikini photos, she’s apparently gotten some notes of disapproval from wet blankets who think the hip-hop artist and model is a bad mother for those nearly nude Instagram pics.

If anything, it proves her haters just haven’t been paying attention. Amber Rose’s Instagram has always been raunchy as hell. In between photos of her son, Sebastian, with hubby Wiz Khalifa, that feed is all booty all the time. Maybe it’s just the media attention people can’t stand.