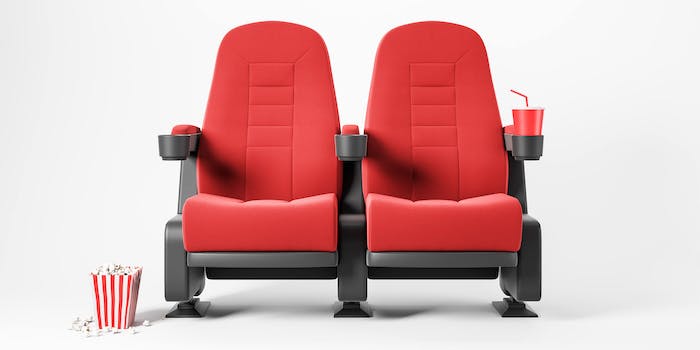 Amazon Prime and SXSW teaming up for a virtual film festival

The festival is set to launch in late April.

The cancellation of SXSW due to the coronavirus has been nothing short of devastating for indie filmmakers, its employees, and the local economy of Austin, Texas that heavily relied on revenue from the festival. But thanks to a team-up with Amazon Prime Video, some of those films will finally get the chance to screen in front of an audience.

Amazon and SXSW announced the launch of “Prime Video Presents the SXSW 2020 Film Festival Collection,” a 10-day virtual film festival in which select titles that were supposed to screen or debut at SXSW 2020 that’s tentatively set to kick off at the end of April. The virtual film festival isn’t just for Amazon Prime members or those who had a badge for SXSW. All you need to log in and watch the line up is a regular Amazon account.

“We’re honored to be able to provide a space for the SXSW filmmakers to share their hard work and passion with audiences for the first time. It’s been a privilege collaborating with Janet Pierson and the SXSW team to bring these diverse and inspiring films to viewers around the country,” Amazon Studios head Jennifer Salke said in a statement. “We are supporters of SXSW and other independent film festivals, and hope this online film festival can help give back some of that experience, and showcase artists and films that audiences might otherwise not have had the chance to see.”

The exact line-up for the virtual SXSW isn’t set in stone just yet, but filmmakers whose projects were set to screen at SXSW this year have the chance to opt-in starting today.

“Ever since SXSW was cancelled by the City of Austin, we’ve been focused on how we could help the incredible films and filmmakers in the SXSW 2020 Film Festival lineup,” Janet Pierson, SXSW’s director of film, said. “We were delighted when Amazon Prime Video offered to host an online film festival, and jumped at the opportunity to connect their audiences to our filmmakers. We’re inspired by the adaptability and resilience of the film community as it searches for creative solutions in this unprecedented crisis.”

Some films in SXSW 2020’s lineup, like The King of Staten Island, Promising Young Woman, and Netflix’s slate all have distributors with plans to release those films in some form. But the vast majority of them are from smaller productions or up-and-coming filmmakers who are looking for a studio or distributor to pick up their project. (For example, Shithouse—the SXSW 2020 narrative feature competition winner, came from a first-time director.) With festivals like SXSW, Tribeca, and Cannes all getting postponed or outright canceled, it’s unclear if some of those films would have the opportunity to screen at other festivals.

Like other efforts to make entertainment more accessible while in self-quarantine, the SXSW 2020 Film Festival Collection will likely give the films that do participate a much bigger audience than they might’ve had at SXSW (even with sold-out crowds). But for some cinephiles, there’s also the incentive of watching or rewatching a particular movie once it’s finally out to get a much different experience.