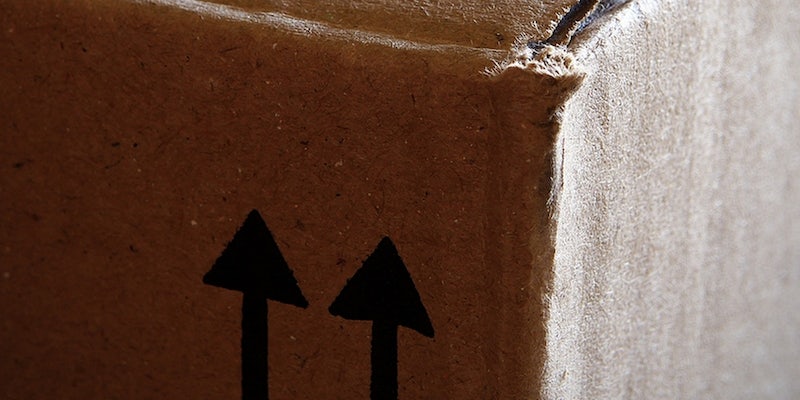 For screenwriter Travis Beacham, the first 11 years were the hardest.

Last month Amazon ordered a pilot for Carnival Row, a noir detective story set in a crumbling steampunk metropolis filled with fantastical creatures. With Guillermo del Toro attached as executive producer, Carnival Row would merit a blip on anyone’s radar, but the project is all the more intriguing because it’s the culmination of a decade-long journey for screenwriter Travis Beacham.

In 2005, Beacham’s spec screenplay A Killing on Carnival Row appeared on very first annual installment of the Hollywood Black List, which polls film execs and assistants about their favorite unproduced scripts. Beacham’s script was soon optioned by New Line, kicking off 11 years of development and launching an unpredictable Hollywood career that included co-creating the mechs-versus-monsters 2013 cult hit Pacific Rim with del Toro. Over the years since that first sale, Beacham has worked on everything from the Clash of the Titans remake to the ill-fated Fox series Hieroglyph, which he created. Throughout it all, Carnival Row has lingered in development, looking like it might forever remain the one that got away.

“I think I’d be a little hesitant to return to the broadcast network arena right now, but there is this sense in streaming and cable that an increasingly wider variety of risks are on the table, and that remains really exciting to me,” Beacham tells the Daily Dot.

Beacham’s journey down Carnival Row started in film school, when he began writing his very first spec screenplay with no intention of ever trying to sell it. Only a couple of years after Peter Jackson’s Lord of the Rings trilogy had wrapped up, Beacham began to wonder what that sort of fantasy world might look like if it ever reached its own Industrial Revolution. Soon a seedy, pseudo-Victorian sprawl began to come to life on the page, filled with tiger-faced vampire crime lords, beautiful faerie courtesans, and a police constable trying to navigate a web of racism and murder unfolding in the city’s dark corners.

Back then the notion that online retail giant Amazon might someday be producing its own original TV and film content would have seemed far-fetched at best. Even early on, Beacham was thinking about how a TV series could dive deeper into the expansive world he’d poured so much thought into. At the time, he imagined a Carnival Row series unfolding on a cable network like HBO, but, as Beacham says, “it wasn’t an especially sexy notion to any of the parties involved at that time.”

Instead, Carnival Row soon attracted the attention of del Toro, the visionary Mexican director behind flicks like Pan’s Labyrinth, Crimson Peak, and the Hellboy franchise. You’d be hard pressed to find a director more perfectly suited for the material, unfortunately his dance card is perpetually overloaded. Neil Jordan eventually signed on to replace del Toro as director, though Carnival Row still couldn’t get out of the starting gate. In 2011, the directorial revolving door revolved yet again and Tarsem Singh (Self/less) was attached to the project. Finally, in January 2015, word broke that del Toro and Beacham were partnering with Amazon Studios to turn Beacham’s long-gestating spec script into a pilot.

The entertainment landscape had changed a lot over that long decade. Back in 2005, a steampunk fantasy murder mystery seemed pretty out there even for mainstream audiences hip to hobbits and orcs. In 2016, however, The Walking Dead and Game of Thrones are two of the biggest hits on TV, and both cable and streaming nets are exploring well beyond the usual TV territory or doctors and lawyers and cops (oh my). While he might not have been able to predict Carnival Row finding a home at Amazon even a few years ago, Beacham recalls seeing the promise of that future in HBO’s Deadwood.

“Here was a show that was as fundamentally transporting as a feature film,” recalls Beacham. “It took you somewhere different from the world we all live in, but it had all the relevance and maturity of shows like The Sopranos and The Wire. I mean, if you squint at Deadwood, you can see Game of Thrones coming. That’s the show that first got me thinking Carnival Row could be a series.”

While the TV landscape was evolving to suit Carnival Row, Beacham himself was taking his own detours through the small-screen trenches. In 2013, Beacham teamed up with Tron: Legacy director Joseph Kosinski to develop Ballistic City for AMC. Described as a cop drama set within a multigenerational starship en route to colonize a distant star, it sounded like a blend of Blade Runner and Battlestar Galactica. That same year, Beacham created the equally high-concept Hieroglyph for Fox. An action-adventure drama set in ancient Egypt, Hieroglyph was canceled by Fox before a single episode aired, an experience Beacham describes as a “crushing disappointment.” If nothing else, he says, it gave him a true love for TV as a writer’s medium.

“The writer is just so much more intimately involved in the television process than the feature film process,” says Beacham. “I was in every meeting. I ran a writer’s room. I was heavily involved in casting and design. I was on set all day, every day, on two continents.”

In addition to reuniting Beacham with Pacific Rim collaborator del Toro, Amazon’s Carnival Row pairs the writer with another genre veteran in the form of René Echevarria. With a resume stretching from Star Trek: The Next Generation to Castle, Echevarria will serve as showrunner on Carnival Row, and co-wrote the scripts—with Beacham and del Toro—that earned the project a pilot greenlight from Amazon.

While the story of Carnival Row has been through rampant changes over the years, Beacham says the biggest alterations between film script and aspiring TV series is that the ensemble has grown and there’s more room to explore the world he conjured up in his dorm room. “If you chanced upon the feature script, you’ll recognize all the folks you met in it and you’ll be meeting some new ones too,” he says. Good thing the fan-favorite original is still easily found online.

As for Beacham, he’s keeping his schedule nearly as busy as his buddy del Toro. He recently directed his first feature short The Curiosity, which he describes as “a strange new fairy tale” boasting “mythic creatures, ancient magics, arcane technologies, and wonders yet untold.” When asked if Carnival Row and The Curiosity might have much in common, Beacham replies that, “Carnival Row is us looking at the stranger, The Curiosity is the stranger looking at us.”

It’s an apt pivot for a budding creative who finally has his white whale in harpooning distance.

Correction: The Curiosity is a short.