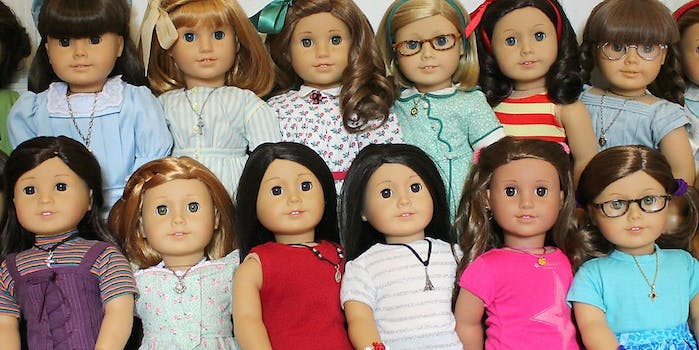 Time to take your Samantha doll out of retirement and plan a viewing party.

Amazon announced Monday that it’s signed a four-special deal with Mattel to bring the iconic dolls to life in 2016.

Two of the specials will feature characters from the BeForever franchise (that’s the recent branding for the historical dolls), and one will center on characters from their Girl of the Year franchise. The first special will premiere on Amazon Prime Video in the U.S., U.K., Germany, and Austria later this year, though no date has been announced.

The deal also included the possibility of expanding the doll franchise into TV series in the future. According to Variety, “Amazon Studios has the option to produce multiple seasons of TV series with American Girl characters.”

Time to take your Samantha doll out of retirement and plan a viewing party.