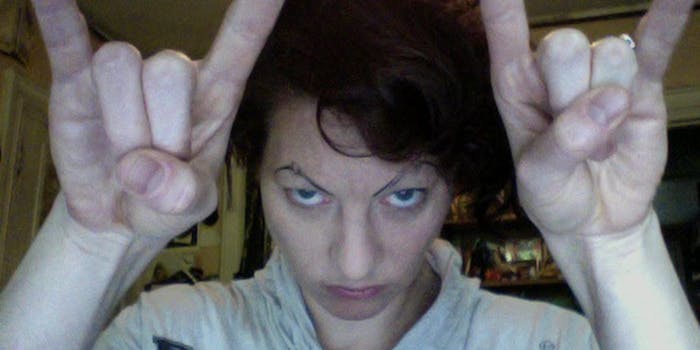 Plans include an album, a tour, an art gallery, and house parties.

Songwriter and artist Amanda Palmer has raised $820,000 for a Kickstarter project that she set out to fund for $100,000.

Hers is the most funded musical project in the crowdfunding site’s history by a margin of more than $600,000. It is an all-encompassing endeavor that will allow the dynamic Boston musician to package and promote an album, commission more than 30 artists to produce its artwork, take her new band on tour, open an art gallery, and generally bring joy to her many adoring fans throughout the world.

The project brought in over $250,000 on its first day and has received backing from more than 17,000 people—with no signs of slowing down. With eight days left in the campaign, Palmer’s campaign stands a solid chance at becoming the first musical project to reach the million dollar mark.

She’s inspired many who thought that Kickstarter was only a place for musicians to fund debut albums that local labels don’t want. But she’s also managed to raise $720,000 more than she’d originally set out to raise.

What’s she going to do with all that money?

Palmer took to her Kickstarter updates page yesterday, writing a long update detailing what she’s spent and where her money’s set to go.

“lots of people have been asking LOTS OF QUESTIONS. why we set the goal where we did, and who the fuck do i think i am doing this anyway,” she wrote. “BUT this question from @MaleahArvieux on twitter merits its own big-ass answer: ‘so, are you loaded?'”

The long answer: “depends on your definition of ‘loaded.'”

Palmer detailed all of her expenses in the post, noting first that she’d accrued about $250,000 of debt planning and preparing the campaign.

“for the past 8 months or so, i wasn’t touring,” she wrote, “and therefore wasn’t making much income – but very step of the way, there were expenses. so, during that time, i borrowed from various friends and family who i’d built up trust with over the years.

i had to pay my staff and crew to get this album ready as well as keep the ship afloat and headed in the right direction. i also needed to come up with the cost of the recording itself (which was pretty whopping), and any other expenses the band racked up in the meanwhile.

She also listed all the expenses associated with the physical production of the album: 7,000+ CD books and thank you cards at $15 a pop; 1,500 vinyl pressings that cost $20 to manufacture and ship; 2,000+ art books that need to be shipped three different times; 100 copies of the Neil Gaiman and Kyle Cassidy Bed Song photo book, which Palmer expects to run about $30,000 in total to print.

Then there’s the $15-20,000 needed to fund a design team “to actually design all this stuff and make it super-duper amazing and worth your money,” and her $500 reward—a custom painted turntable, vinyl and CD, and signed art book—she expects to run her up another $15,000.

Touring six cities and running art shows in each costs $10,000, and with the house parties she’s planning to play, there’s $10,000 more that she’s budgeted off the total.

She’s earmarked $80,000 for five music videos. Visual artists are $20,000. And commissions to her management team pull 20 percent off the top.

The sum of those costs puts Palmer’s Kickstarter bank under $100,000, money that she didn’t detail though promised will go towards “art decisions.” The reason: the project’s a massive success even if she just breaks even.

“this kickstarter and its success is going to open the door for a lot of other artists, especially major-label refugees like me,” she wrote. “we’re being shown PROOF POSITIVE that [the old label system] is just not necessary anymore.

paying now for value later is what historically would’ve been a label’s primary purpose. now YOU are able to bankroll and finance and KEEP CONTROL WITH THE ARTISTS. showing that this WORKS… that’s simply great art-karma, and awesome for everybody, including me. and all my art-making friends.

For her fans and backers, it’s comforting news to know that Palmer has already gone through with the budgeting for this grandiose undertaking. It’s a rough cut, but she’s aware of what’s needed, and she’s factored in $100,000 to play with should her back-of-the-napkin math be off.

For Palmer, the endeavor’s grandiosity is the entire point: she wants to change the way that the music game is played.