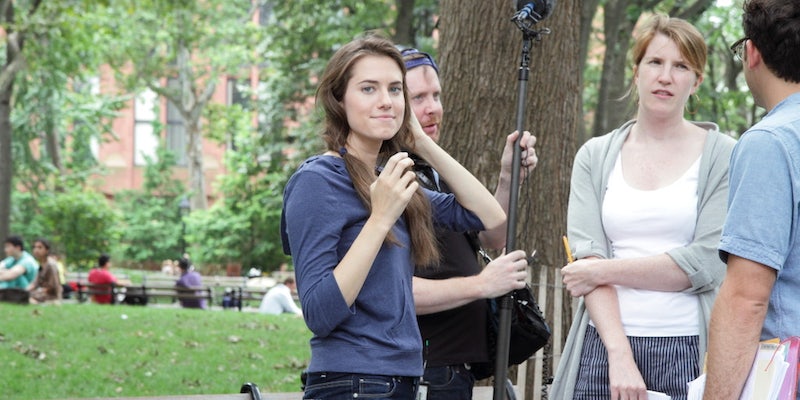 Here's what happened while you were watching the Golden Globes.

Are we truly in the midst of a booty-eating renaissance? Sunday night gave us all the evidence we need. While you were busy watching the Golden Globes and livetweeting about Giuliana Rancic’s incurable thirst for George Clooney, you were missing out on the serious anilingus happening on Girls. The HBO hit chose to give Lena Dunham’s nipples the night off and opened its fourth season with a butt-eating bang. Within the first couple minutes, we found Allison Williams bent over a kitchen counter clapping her cheeks around her musician beau’s face.

Gawker’s got the embedded video. Here’s a GIF, though.

Ready for some butt stuff?

While the NSFW scene in question might look rather crude, there was actually a tremendous amount of technical expertise that brought it to life. Williams talked to Entertainment Weekly about the elaborate rig required to have her salad tossed like her name was romaine:

I had a couple of days talking to wardrobe and makeup to get ready to rig the thing that I wore for the ass motorboating. It was an engineering achievement! I would manufacture it if more than one person a year needed it. [Laughs] It was so elaborate—it involved Spanx that we cut away and glued down and involved menstrual pads and two of those weird thongs. I’ve had to do scenes like this twice now.

So now we know exactly what makes the Peter Pan star’s cock crow.