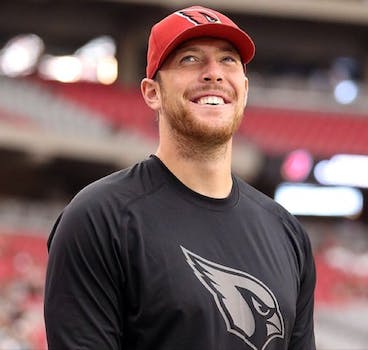 All-Time Quarterback: Meditations in an emergency

The Washington, D.C.  area went into last weekend expecting wind and water, but Hurricane Sandy didn’t attack the East Coast until Monday. Halloween parties played out like obligatory motions. My heart wasn’t into costumes: I wore a suit, carried a pack of cigarettes, and went as a big tobacco lobbyist. We got nine bonus hours of football on Sunday (and electricity).

Dez Bryant ruined everything, but it was an excuse to shoot the breeze with neighbors. D.C. proper is overrun with Dallas Cowboys fans—sociopolitical reasons for this are easy to pinpoint but tough to quantify. This chunky kid from down the street, Adrian, likes the Cowboys. He hasn’t returned my football since borrowing it on Thursday. Adrian thought the end of the Giants game was “some bullsh*t.” The public schools closed just before the Broncos tore into the Saints, with the federal and local government following suit. Ditto all of the trains and buses. Early voting was postponed. Monday morning some guy down the street in Bloomingdale made national news in a horse mask.

Comparatively speaking, Sandy was pleasant in D.C. It’s a horrific and irresponsible notion to assert considering the power went out at NYU hospital and half of my office-mates were in the suburbs, in the dark. But I had Wi-Fi. It was a four-day weekend.

The hurricane battered the DMV Monday night, but the expected flooding in my basement apartment didn’t pan out. I didn’t even lose the signal on my DirecTV and caught all of the Arizona-San Francisco showcase with a house full of stowaway 21-year-olds that were sweet but blockhead siblings.

My big takeaway from the three hours of dry football was that John Skelton will fling it 40 times a game going forward because his offensive line is porous, there’s no running game, and he only needs two scores in his stat sheet to pay big fantasy dividends because of beefy yardage totals. I can’t help but pull for the fifth round Fordham prospect. The former El Paso Times high school offensive MVP doesn’t just have Hispanic roots—I bet he has a taste for beef tongue and feels solidarity with the day laborers that post up outside America’s Home Depots because he’s from this country’s most Mexican city. You can drive along Interstate 10 and see the bright lights of Juarez from a Red Roof Inn parking lot.

The perfect storm that is fantasy football is still coming friends, and complacency kills. Teams in first place that stand pat on the waiver wire lose steam and fade late. I’m amazed at how many owners draft meticulously around bye weeks and otherwise manage blindly week-to-week as if C.J. Spiller at Cleveland is the same thing as C.J. Spiller at Houston. The Texans allow an elite 83 rushing yards and 200 passing yards per game; he’s not someone you’re wise to trot out this weekend.

The Colts are 27th against the run and finish the season with two games in three weeks against the league’s premier back, Arian Foster. Aaron Rodgers faces a Chicago secondary that held him to 219 passing yards earlier this season during Week 15—peak fantasy playoff hours. That same afternoon, San Francisco’s top flight defense will face a New England team overrun with skill players on fantasy contenders.

ESPN’s Matthew Berry has an enduring tenet: Fantasy football is about minimizing risk. For me, that plays strongest about now: Seek out the matchups and either buy low or sell high.

The Washington Redskins are an open bar to opposing tight ends (this week, Carolina’s Greg Olsen gets the reps). Down the stretch the erratic Cowboys feast on the weak corners employed by Cincinnati, Cleveland, New Orleans, and Washington (twice). Starting with a rematch of the all-pirate 2003 Super Bowl (Raiders vs. Buccaneers) this weekend, the perennially middling, 3-4 Oakland Raiders have a favorable run that includes consecutive engagements against the league’s bottom-feeder secondaries.