Your nostalgic, self-aware sinkhole is not good for art.

A damaging and self-involved social media trend is seizing Facebook. With the pass-it-on impulses of a chain letter, through the magic of tagging your friends, people are sharing a list of 10 albums that influenced them as teenagers.

Unfortunately, such an exercise is useless because—as we’re prone to do on social media—we only project the positive, revisionist history of ourselves. We undertake this task to show off, not reflect.

If you missed these status updates, here are how the posts are often presented. (Translated to highlight what they really mean.)

OK, fine, internet at-large, here is my list of 10 albums that influenced me as a teen.
(I’ve long been a misunderstood genius, and my advanced taste—at such a precarious life stage, no less—will help prove this.)

Radiohead — OK Computer
(I read the print edition of Spin.)

Charles Mingus — The Black Saint and the Sinner Lady
(I played in the high school orchestra.)

Jesus and Mary Chain — Psychocandy
(I had high-speed internet.)

Black Star — Mos Def & Talib Kweli are Black Star
(I have a refined taste for socially conscious, real hip-hop, and just posted a screenshot of the Hamilton tickets I’ve procured.)

Modest Mouse — Good News for People Who Love Bad News
(I have been to the MetroLyrics database.)

The Toadies — Rubberneck
(I’m from a suburb in Texas.)

The Rolling Stones — Exile on Main Street
(I enjoyed VH1 countdowns about the history of rock & roll.)

DJ Shadow — Entroducing
(I had access to file-sharing programs, and briefly considered a turn as America’s next great mashup DJ.)

Dashboard Confessional — A Mark, A Mission, A Brand, A Scar
(I liked emo before the emo revival.)

Even if our aim was truly expressionist in nature, what’s the point? We’ve barely had time to mourn David Bowie, and this 10-albums game is just another excuse to shoehorn him in. As consumers of music, we’ve been in a decade-long sinkhole of nostalgia—and it’s getting ridiculous.

“My Boo” by the Ghost Town DJs, a regional radio hit in 1996, spent the last two decades as a retro jam that cool kids built into party playlists. “My Boo” returned to the Billboard Hot 100 in 2016 on the heels of a viral dance video. The song I’ve listened to the most this week is 1991’s “Optimistic” by Sounds of Blackness. It showed up in a viral dance video by Twitter personality Jay Versace.

Whether via ironic karaoke classics (“Torn,” “No Diggity,” “I Want It That Way”), or turning cheesy songs into Smash Mouth memes, or singing rock hits from the early 2000s at emo nights, millennials have allowed their music-consuming habits be overwhelmingly informed by what others think. From Last.fm to Spotify, an era in which what we listen to is broadcast in a social feed, we’ve stressed high-brow indie music for college-educated readers, or coolly detached and funny childhood relics.

We publicly complain about a beloved venue being shuttered and paved over with condos but fail to note that we haven’t seen a local band in it since that time New Found Glory played 2000’s breakout, self-titled album front to back for its 10-year anniversary.

“Everyone’s a commentator now. The internet is giving voice to everybody thinking that someone gives a shit what they have to say and they have the right. I think, in general, that has created a toxic environment for artists and led to some very safe music. Artists are trying to make music to please the tastemakers that tell the sheep what to like. It’s a vicious cycle and I think it’s unhealthy. I don’t see any Princes emerging on the scene today. I see a lot of people making formulaic, made to please, vegan restaurant patron-type shit. And I think it creates an environment where people are too fuckin’ worried about what other people have to say.”

It’s Hollywood reading the comments section and shooting a scene so that Samuel L. Jackson can say “I’ve had it with these motherfucking snakes.” Running creative efforts through instant SoundCloud comments can zap regional music identities, homogenizing the sonic ingredients toward a successful median. Many of 2016’s biggest hits ran on the same music theory principle or featured choruses with the same “wa-oh-wa-oh” vocal pattern.

Wallowing in a self-important social bubble, without actively challenging your tastes, is the default consumption setting that moves us all toward the gray center.

Here’s what I’m getting at: Kid Rock’s Devil Without a Cause is the album that informed me most as a teen.

Matchbox Twenty’s “3AM” is an aching, powerful homage to the power of maternal love and the lifelong duties that come with it. Jay Z put out a classic album every year from 1996 to 2003, or middle school to college in my case. I grew up with cousins who liked Depeche Mode and Guns N’ Roses. My parents gave me Beatles records. Marilyn Manson was the coolest. I once got to see Ludacris open for OutKast. I bought in when the internet told me to throw my intellectual capabilities behind Arcade Fire’s baroque pop epic Funeral.

But Devil Without a Cause is a pro wrestling villain, flexing before a sea of haters. “Bawitdaba” makes you want to mosh. “I Am the Bullgod” makes you want to swig a beer before mowing the lawn. “Only God Knows Why” is the travelin’ man’s bleary-eyed morning drive to Waffle House. His band featured people of color in key roles, a rap DJ, a hype man with celiac disease, and onstage strippers. It made me want to start a band—or at least listen to more music. 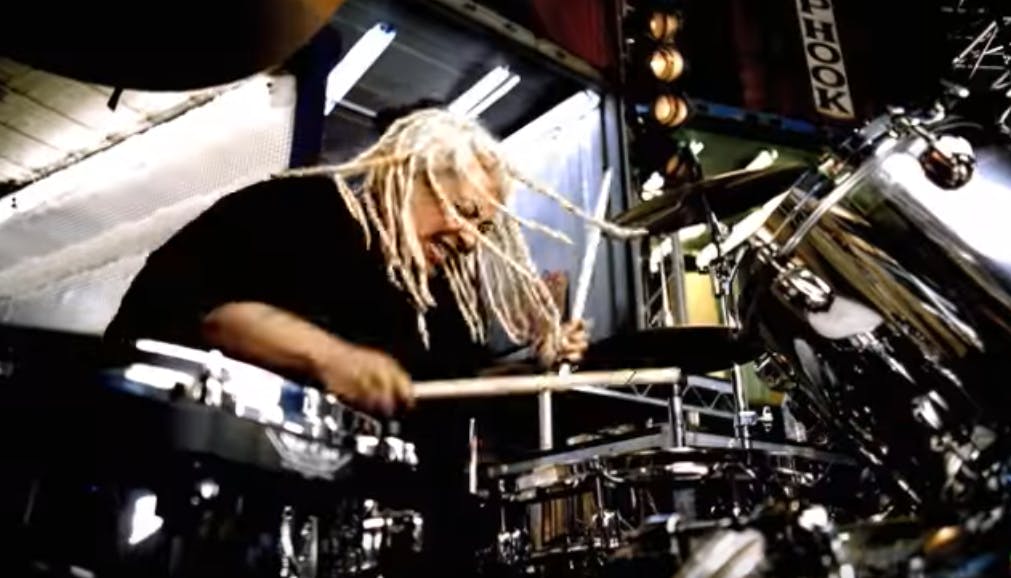 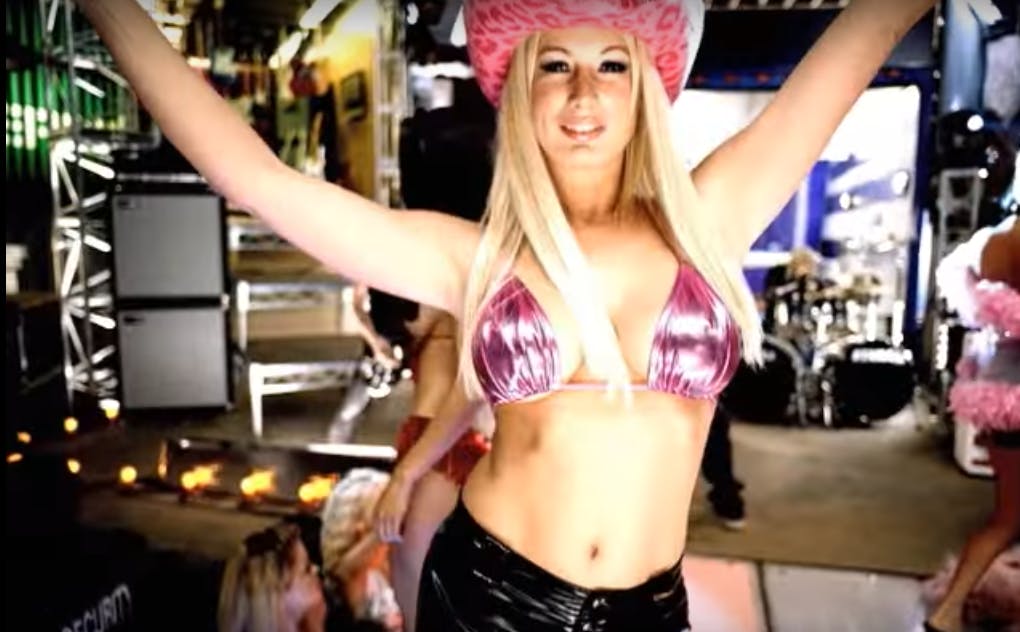 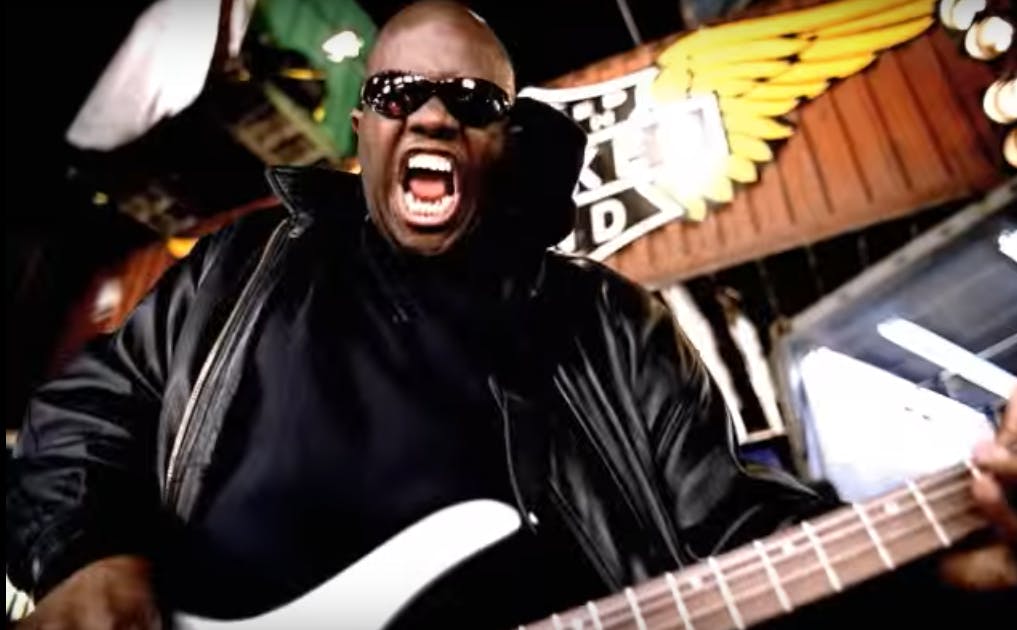 But Kid Rock, that red state-toasting Michigan goon who sings over Lynyrd Skynyrd and Metallica (and spoke fondly of President-elect Donald Trump), is not showing up on any of these Facebook lists despite selling 11-million copies of Devil. He’s not cool, or a funny radio relic; he’s just problematic.

I don’t blame anyone for not wanting to write about Limp Bizkit or Shaggy on Facebook. But the next time a friend posts their impossibly polished collection of heralded albums, let’s remember the entertainers who actually helped us get there as listeners.