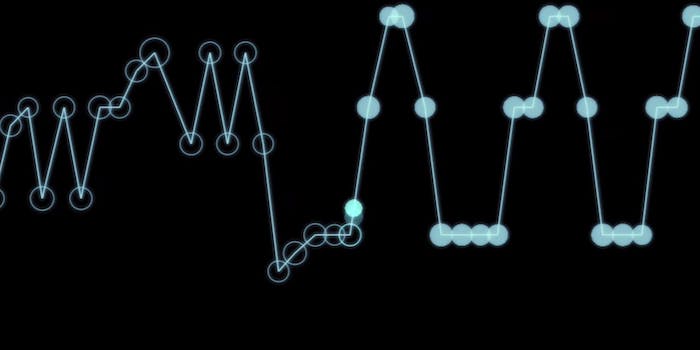 You've heard the song, but have you seen it?

You’ve almost certainly heard Marvin Gaye and Tammi Terrell’s “Ain’t No Mountain High Enough,” but have you really listened to the bass line? Further, have you really looked at the bassline?

Jack Stratton, a member of Vulfpeck, the band that punked Spotify by releasing an album of silence, recently uploaded a visualization of James Jamerson’s riff throughout the song. Jamerson is responsible for many of the greatest basslines of the Motown era: Check out his isolated bass line from “What’s Going On.”

This isn’t Stratton’s first visualization; he also did one for Jamerson’s bassline on Stevie Wonder’s “For Once in My Life.” With these graphics, you get a sense of each note’s pitch and length, as well as the mountains and valleys of the song.