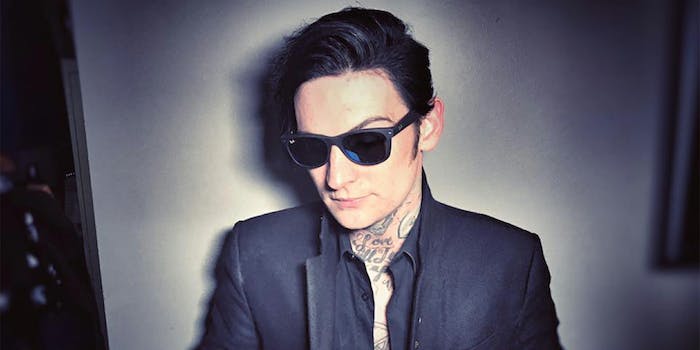 A report by the Daily Beast on Wednesday pieces together months of smoke surrounding Francis. He abruptly quit touring in October after making a blanket social media apology. But since then, multiple women came together to out their abuser after months of sharing stories in a group chat.

Vitoria Chen wrote in a Facebook post this month that she had been recruited by Francis at age 14. She says her experiences with Francis led to drug dependency and self-harm. Francis maintained in the fall that everything was consensual, but did not reply to the Daily Beast’s request for comment.

Chen also revealed a Tumblr account where Francis’ victims posted about their shared experiences, including photos of tattoos. The anonymous statements are disturbing, with one woman showing a scar that she says is a result of Francis branding her: “I refused to get his name tattooed so instead he tied me down and carved his initial into my chest.”

“I developed an eating disorder. There were rules, and he would make me film myself doing various degrading sex act,” an anonymous woman told the Daily Beast. This same woman says that after tweeting about Francis last fall, he threatened her with legal action and sent over compromising media she’d filmed for him. She stayed quiet until she was added to the group text.

Aiden, named after a character from The Ring, toured prominently on large emo bills during its run with Victory Records; 2005’s Nightmare Academy charted on Billboard. The band played with acts like Jared Leto’s Thirty Seconds to Mars, the Used, Lostprophets, Taking Back Sunday, and Senses Fail.