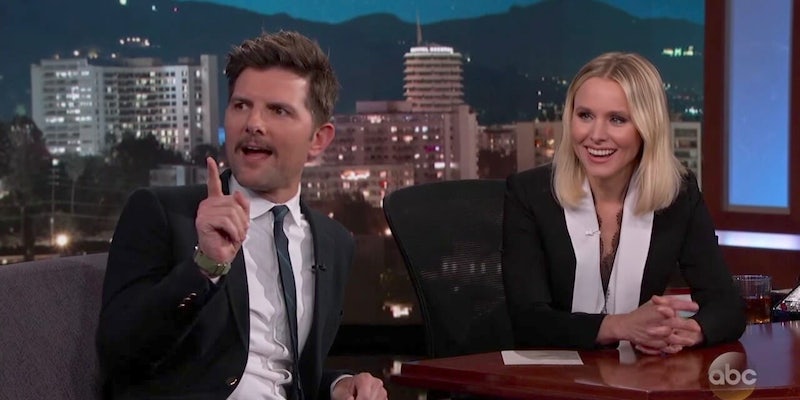 He had a valid reason for not attending.

With late-night tv designed go viral, it’s rare you see moments of real sincerity. But a meeting between lifelong Star Wars fan Adam Scott and one of his idols on May the Fourth comes close

Scott told Kristen Bell (who was subbing in for Jimmy Kimmel on Thursday’s show) that he once wrote a letter to Mark Hamill and invited him to his birthday around the height of Empire Strikes Back. Hamill never showed up, and although Scott said he wasn’t upset about it, he still remembered it nearly 40 years later.

But Bell was about to change that. She revealed that Hamill was waiting in the wings to meet him, and Scott is visibly shaking as his hero walks in with a green lightsaber.

“This is one of the best moments of my life,” Scott said afterward, and you believe him.