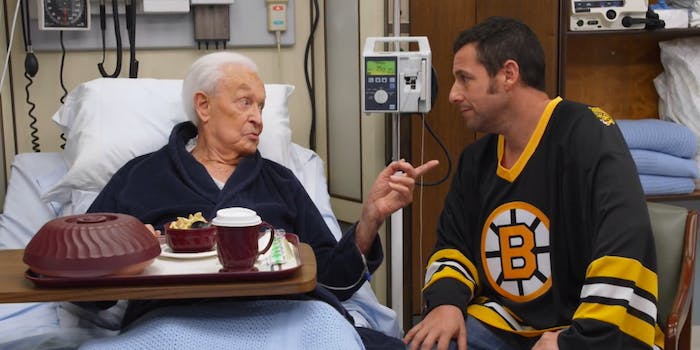 The price is still wrong.

Adam Sandler and Bob Barker haven’t really talked since they got into a giant fight during Happy Gilmore, but they were willing to put it aside for Comedy Central’s Night of Too Many Stars. While the special doesn’t air until Mar. 8, as we see in the preview, it’s hard for the two to put old grudges aside.

Barker and Sandler were on the special to talk about autism, but it didn’t take long for the topic of their feud to come up. The fists start flying a few minutes into the clip.

Barker is brilliant as always, and Sandler, who has spent much of his career as a walking punchline, is starting to remind us why we liked him in the first place.