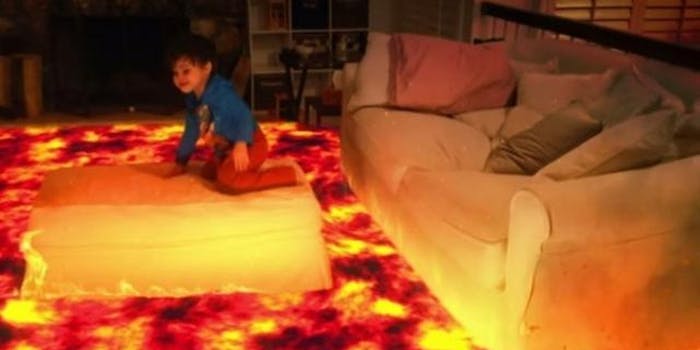 James Hashimoto is growing up.

The ‘Action Movie Kid‘ is growing up. Three-year-old James Hashimoto, who stars in his dad Daniel’s effects-laden videos, will star in an Toys R Us campaign directed by his father.

Since starring in his first video back in February, the Action Movie Kid has become one of YouTube’s most popular new personalities. Daniel, a DreamWorks animator, uses Adobe After Effects to place his son in all sort of reality-warping situations. A recent scenario was so inventive that it inspired Forbes to write an entire piece on the Action Movie Kid’s potential real-world implications.

In six months, the Action Movie Kid channel has drawn 187,000 subscribers and 38 million views, so you can understand why Toys R Us is interested in a collaboration. The retail chain will make use of the Hashimoto duo for a campaign called ‘C’mon Let’s Play‘, which has much in common with the Action Movie Kid videos. For instance, a recent installment posted to the Toys R Us YouTube channel shows a kid and a store employee playing with a toy train before an actual train zooms across the screen.

“Experts say that play is a child’s work, and we think this campaign really gets to the heart of that,” said Lee Walker, VP of Creative Services for Toys R Us. “We have really found our place in the world of play.”

Hashimoto’s videos will be promoted on Twitter through the #LetsPlay hashtag. I have a feeling that label will struggle to stand out, but we’ll be sure to keep our eyes peeled for Hashimoto’s branded creations.