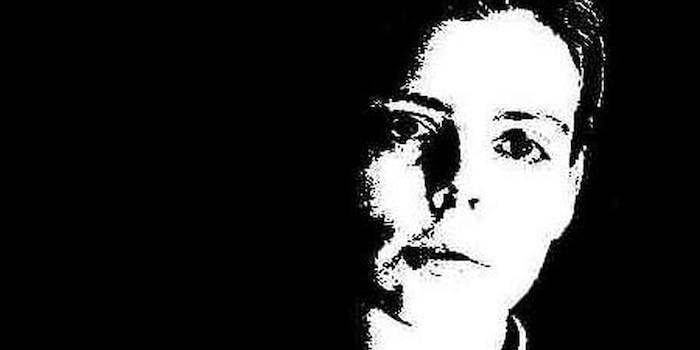 The animated history of the GIF, the internet’s favorite format

It's officially pronounced 'Jif,' according to the creator.

The story of the GIF itself is one of tech lore. Today, it’s one of internet legend.

The GIF, or graphics interchange format, was introduced to the world by Compuserve in 1987. The compressed format was the ideal for performing image transfers across the slow modem connections of the time. The format also allowed for color, replacing the black-and-white run-length encoding format (RLE).

The history of the GIF file format

The GIF was simply the best and most versatile image format around said Alexander “Sandy” Trevor, the former chief technical officer of CompuServe who managed the GIF team.

“If you want lossless, compressed graphics, there is nothing better than GIF,” Trevor told the Daily Dot. “Yes, jpeg is better for photos, but you can tolerate loss in photos. And png has some benefits, but for most applications it is not worth the additional implementation hassle.”

On June 15, 1987, Trevor and his team, which included inventor Steve Wilhite, released an enhanced version of the GIF called 87a. The new format allowed people to create compressed animations using timed delays.

“I think the first GIF was a picture of a plane. It was a long time ago,” Wilhite told the Daily Dot in a rare interview via Facebook.

“What has made GIF hang around is the animation loop that Netscape added. If Netscape had not added GIF in their browser, GIF would have died in 1998.”

How is it pronounced?

Wilhite is not only famous for inventing the GIF, but he’s also become the foremost authority on how the acronym is pronounced. According to handful of blogs and websites, Wilhite and a Graphics File Formats FAQ page from 1997 argue that the proper way to pronounce the format is as “jif,” as in “jiffy,” rather than “gif” with a hard g.

GIFs as an art form

Wilhite worked for CompuServe through the 1990s until he retired after suffering a stroke. The company was later bought by AOL in 1998 and allowed the GIF patents to expire, leaving the format open to the public domain.

Olia Lialina was quick to seize the opportunity. A Russian Internet artist pioneer, Lialina started experimenting with the format in 1997, because, well, there wasn’t much else out there.

“I was not very fond of this format back then,” Lialina told the Daily Dot. “I would have preferred it to be a video, but animated GIF was the only way to get a moving image in the browser.”

The first GIF she created was of an eerie looking monochromatic window.

The GIF was part of a web-art series called  “My boyfriend came back from the war,” which allowed visitors to chose their own experience by clicking on different words and images. Lialina continued experimenting with the format through the early 2000s and eventually collaborated with German artist Dragan Espenschied on projects like “midnight.” Like Lialina’s first art series, “midnight” encouraged users to interact with the art through a flurry of random GIFs that appear when a slider is moved up and down.

Having experimented with GIFs for more than 15 years, Lialina has seen artists come and go. But one of her favorite animators is the late Arkansas native Chuck Poynter, an Air Force veteran who died in 2001 and left behind an eclectic collection of animations. His illustrations have been preserved by Poynter’s son, of which Lialina’s favorite is the “dancing girl.”

“My first love is computer programming and computer graphics,” Poynter wrote sometime in 1998 on what looks like a web journal. “I am retired and can pursue these hobbies at my leisure.”

Since Poynter’s death, much has changed in the world of GIF animations. Lialina explained the trends she’s seen according to three different time categories:

The rise of Tumblr GIF artists

One other trend she’s noticed is the rise of the Tumblr GIF artist.

Since 2007, Tumblr has become a breeding and proving ground for GIF artists eager to take the format to new places. The GIF tag, which Mr. GIF is the top editor of, is one of the most popular ones used on the microblog.

Yet, while Tumblr continues to grow at a breakneck pace, a new breed of computerless GIF artists have emerged.

Thanks to mobile phone applications, such as GIF Shop and Flixel, anyone with a cell phone can turn anything and everything they see into an animation with the push of a button.

“I think creating GIFs on mobile devices is awesome,” Jonathan Vingiano, the creator of the popular Tumblr Le Meme, said.

“It lowers the barrier to entry for creators and allows for a community to develop around the form. The type of GIF also changes since the tools on mobile devices do not allow for very careful editing quite yet, so the experience of both creating and consuming the image is much more visceral.”

While the GIF format has proved to be well suited for a mobile device, however, Lialina fears it is moving too far away from its roots.

“Personally I was very surprised that there are apps for making GIFs, because I see apps as a force biased towards killing the Web,” Lialina said. “And GIFs are the spirit of the Web! So conceptually [it’s] a big contradiction for me.”