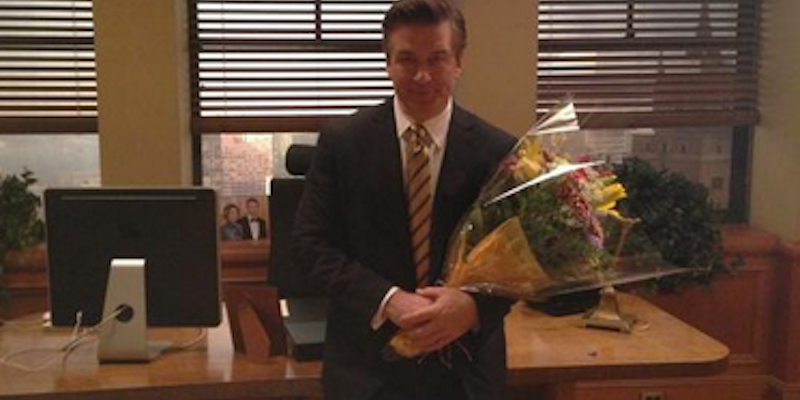 The cast and crew from the hit show shared a few pictures on Twitter.

Our love tank is aching for the end of 30 Rock.

After seven seasons, the NBC comedy that pushed the term “I’m lizzing” into our national vernacular filmed its final episode this week. Despite the show garnering relatively low ratings, 30 Rock collected a rabid fan-base thanks to its quick wit and quotable lines that propelled it into the collective conscious of pop culture.

Several 30 Rock writers and actors tweeted pictures to commemorate the show’s ending. Alec Baldwin tweeted a picture Friday morning of him standing in front of his character Jack Donaghy’s desk and grasping flowers. The caption read: “Last day at the office for Jack…”