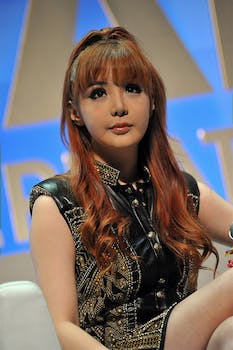 There once was a time when the United States of America was the world capital of glamour. Now it's clearly South Korea.

There once was a time when the United States of America was the world capital of glamour.

Sure, we may have peaked in the ’80s (although mousse was obviously a foreign invention, it was perfected in the US of A), but it’s still hard to think of ourselves as second to anyone in the spangle stakes.

Even when most of our celebrities look like cloned, caterpillar-eyed Eurasian sex-trade workers.

After a brief period when Milan and then Paris seized the crown, the Tiara of Top Totty, the Circlet of Celebrity, the Garland of Glamour is, clearly, South Korea.

You doubt? When was the last time you heard someone talk about doing anything Tuxedo-style?

This DJ Masa mashup is 75-song strong, a veritable Niagara Falls of perfectly rehearsed performers in perfect outfits performing perfect pop. With 391,854 views, it’s hardly an undiscovered treasure, but the entire story of K-pop is the story of something that makes it huge overseas and then suddenly dawns on America, just in time for “Gangnam” fever.