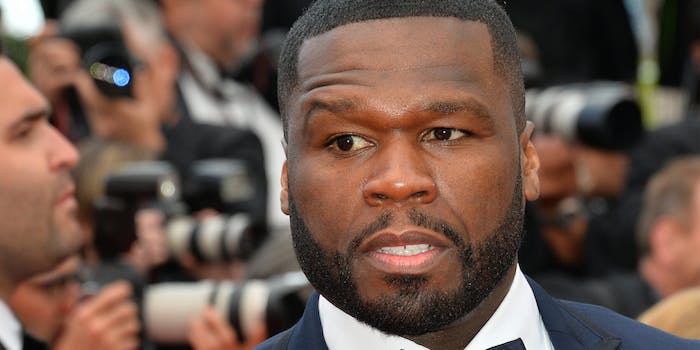 The rapper doesn't seem to be taking it seriously.

Mari, represented by celebrity attorney Lisa Bloom, says that her ex Akbar Abdul-Ahad logged into her Instagram and posted a private photo and video of her after the pair broke up. 50 Cent, a reported buddy of Abdul-Ahad, re-posted the content with the caption “Get the strap.” His account boasts more than 18 million followers.

You’d think 50 would have learned his lesson.

In 2015, the “In Da Club” rapper was ordered to pay $7 million to a woman for leaking a sex tape that the pair made. The lawsuit forced 50 Cent, born Curtis Jackson, to file for bankruptcy.

But he doesn’t seem to be taking it seriously. The rapper laughed off the case on Instagram, writing “I’m being pulled into a reality show’s story line. LOL🤨get the strap.”