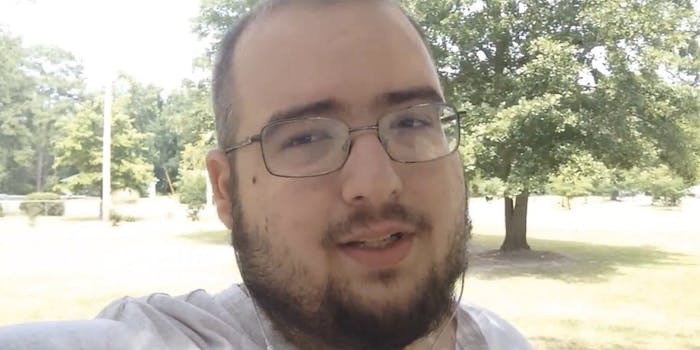 Seventeen days in, this gamer is inspiring us already.

Gaming vlogger Jordie Jordan decided he needed to make a change in his life and get outside of his comfort zone to affect his overall health. He’s walking four miles a day and broadcasting it to his half-million fans.

Jordan began his quest a little over two weeks ago with a video titled “Transformation!!!” In it, he begins by stating that he’s been having a lot of trouble with his self-esteem lately, and that part of his plan of action is to start a walking regimen to help slim down his 450-pound figure.

Jordan is not a stranger to addressing personal issues or his beliefs on his channel. Now mixed in with his gameplay footage and industry discussions, he’s making daily vlogs of his walks, documenting his improvements and challenges for an entire year. Seventeen days in, he’s already seeing postive responses from his fans.

Its great to see @WORICP starting to feel better! Just keep up the positive attitude wings!

Keep up the pace, Jordan; we’re definitely in your cheering section.