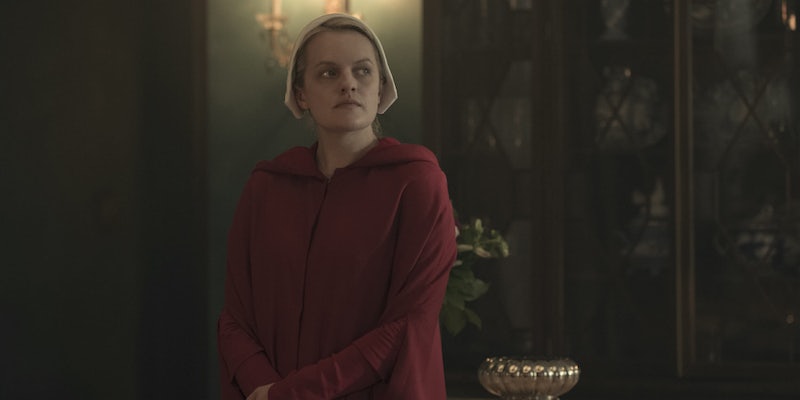 'The Handmaid's Tale leads the pack.

The 2018 Emmy nominations are out with plenty of new and repeat nominees as The Handmaid’s Tale and Hulu lead the pack among streaming series with 20 nominations.

Last year, The Handmaid’s Tale became the first streaming show to win an Emmy for best series, but this year it will likely face tough competition against Game of Thrones, whose seventh season—which aired in 2017—is eligible this year (and received the most nominations overall at 22).

Hulu also received nominations for I Love You, America with Sarah Silverman, The Looming Tower, and March of the Penguins 2: The Next Step.

Netflix had a strong showing and has the most nominations overall for a single network or streaming service at 112, overtaking last year’s leader HBO. The Crown leads Netflix’s selection of nominations at 13 with an outstanding drama series nomination and acting nominations for Claire Foy, Matt Smith, Vanessa Kirby, and Matthew Goode.

Stranger Things and GLOW both had strong showings. Both were nominated for outstanding series in their respective categories (Stranger Things in drama, GLOW in comedy). Millie Bobby Brown and David Harbour were both nominated in supporting categories while Betty Gilpin received a supporting actress in a comedy nomination. Other major nominations include Jason Bateman for Ozark, Lily Tomlin for Grace and Frankie, Michelle Dockery, Jeff Daniels, and Merritt Wever for Godless, Regina King for Seven Seconds, Tituss Burgess for Unbreakable Kimmy Schmidt, Cameron Britton for Mindhunter, Letitia Wright for Black Mirror (“Black Museum”), and Jesse Plemons for Black Mirror (“U.S.S. Callister”). Godless is also up for Limited Series while Black Mirror (“U.S.S. Callister”) was nominated for TV Movie.

Amazon Prime received 22 nominations with 14 of them going for The Marvelous Mrs. Maisel, which is up for outstanding comedy with acting nominations for Rachel Brosnahan, Alex Borstein, Tony Shalhoub, and Jane Lynch.

The rest of the major nominations are included below. The 70th annual Emmy Awards will air Sept. 17 with Saturday Night Live’s Michael Ché and Colin Jost hosting.

Lead Actor in a Drama Series

Sterling K. Brown, This Is Us

Milo Ventimiglia, This Is Us

Lead Actress in a Drama Series

Lead Actor in a Comedy Series

Lead Actress in a Comedy Series

Supporting Actress in a Drama Series

Supporting Actor in a Drama Series

Supporting Actress in a Comedy Series

Supporting Actor in a Comedy Series

Guest Actress in a Drama Series

Cicely Tyson, How To Get Away With Murder

Guest Actor in a Drama Series

Ron Cephas Jones, This Is Us

Gerald McRaney, This Is Us

Guest Actress in a Comedy Series

Lead Actress in a  Limited Series or Movie

Lead Actor in a Limited Series or Movie

Supporting Actress in a Limited Series or TV Movie

Supporting Actor in a Limited Series or TV Movie

The Daily Show With Trevor Noah

The Late Show With Stephen Colbert

At Home With Amy Sedaris

I Love You, America with Sarah Silverman

Editor’s note: The headline was changed to show the correct number of Emmy nominations for The Handmaid’s Tale.