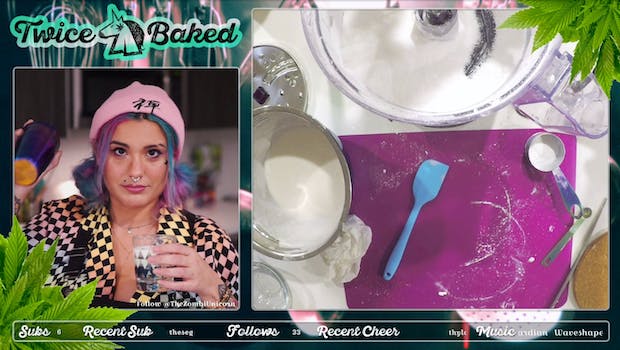 She allegedly found the camera in his cabinet.

Casanova, who streams under the moniker Zombiunicorn, says she discovered the camera while she was trying to find a blade for the food processor. After first searching the rest of the kitchen with no luck Casanova decided to check her roommate’s cabinet to see if it had ended up there by mistake, discovering the camera as soon as she opened the cupboard’s door.

After she was finished live-streaming, Casanova went back and made another video showing the camera’s placement in the cupboard before filming herself placing it face down on the shelf. Speaking to her own camera she explained that recording someone without their consent is illegal in California, where she and her housemates are based, and that she and her third, female roommate are very uncomfortable that this has apparently been going on in their house.

In response, the roommate in question, who goes by @Nelstar15 on Twitter and is apparently the influencer manager for gaming company Square Enix, felt the need to tweet “imagine getting mad when you intrude on someone else’s property and then think that you’re the victim” before setting his Twitter to private.

Some have suggested that maybe the camera was only in there to make sure Casanova and their other roommate didn’t try to steal any of his things. Casanova however claims that not only have they never taken any of his things but she also found one of her own mugs that had gone missing in the cabinet along with the camera. Regardless, secretly filming your roommates is several steps up from using a lock, or just keeping your mugs in your own room. Not to mention creepy and illegal.