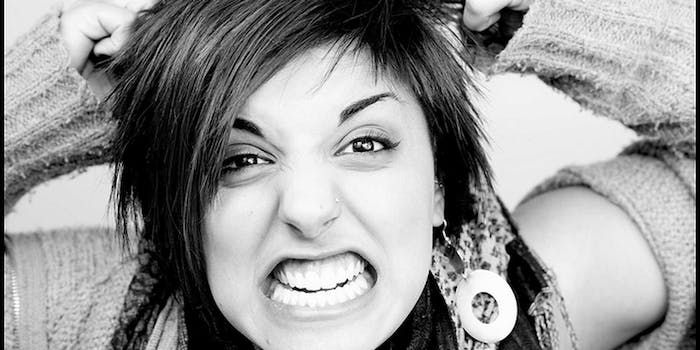 Tirade of those Twitter streams that are all outrage and politics? Here's what to do.

I follow several good friends on Twitter whose streams are mostly outrage about politics. Don’t get me wrong: I share their views, and I think their anger about these subjects is totally valid. I agree with any given tweet. The problem is the volume. It wears me down. I find myself tuning them out. At the same time, I value the small fraction of their tweets that are about their own lives, and of course I respect what they’re trying to do by bringing up important issues.

What do I do? Can I quietly unfollow? Or use some kind of fancy keyword filter? Should I try to bring it up with them? I really like these people, but I can’t spend my days scrolling through everything that makes them angry.

If we were talking about real-life one-on-one conversations, it would make sense to bring it up with them—it’s reasonable to ask people to do a certain amount of conversational optimizing, to make sure the topics under discussion are fun and non-stressful for everyone. You don’t want to be doctrinaire, but unless they’re deliberately setting out to have an uncomfortable conversation, people should be happy to steer away from banging too hard on issues that make you tense.

But on Twitter, you’re not just talking amongst yourselves. Even the most polite conversation about outrage volume would amount to saying, “Hey, can you change the way you talk to everyone else so that it makes me more comfortable?” Not cool. If they try to engage you directly, you can say “you know I agree with you but I’d rather not raise my blood pressure”— but if they’re just ranting to their equally outraged friends and followers, it’s not appropriate to ask them to change for you.

You can unfollow, and a lot of your loud friends will understand—I’m sometimes stung when someone doesn’t follow me back, but I’m never offended about an unfollow, because I tweet a lot and sometimes it’s angry and often it’s stupid. However, others may not feel that way, and a silent unfollow leaves a lot of room for misinterpretation. If a normally phlegmatic friend is getting really exercised about a time-limited political situation, a temporary unfollow may be the solution —but do say something! Just send a DM that says, “Hey, nothing personal, but for my mental health I’m temporarily unfollowing a couple people until after they decide about the government shutdown, I’ll add you back in two weeks” or whatever. (Technically that will take two tweets. You can fiddle with it.)

For people who are reliably shouty, fancy keyword filters are your best bet. Look up how to mute keywords on your Twitter client, or if you only use web Twitter…uh, download a Twitter client. (Also, there’s a Chrome extension called Silencer that should help.) Then just dump words into your mute list as soon as a topic starts giving you a stabby pain in the eye. You’ll have an easier time liking your friends if you don’t have to listen to everything they say.