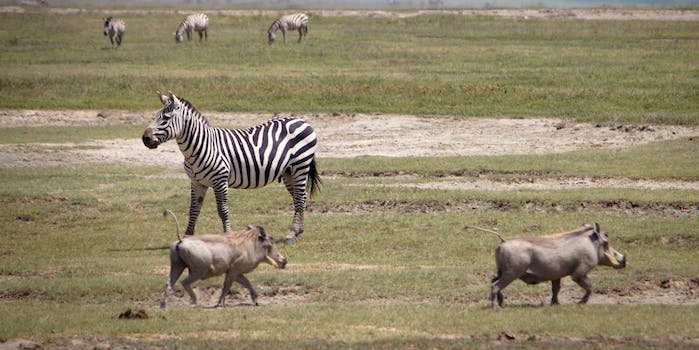 Watch this zebra super-kick a baby warthog in the head

Talk about a real KO.

In Wednesday’s most important news, a sassy zebra in a South African national park showed his true stripes by ruthlessly judo-kicking a baby warthog in the head. The warthog instantly tipped over, giving the zebra ultimate satisfaction.

The warthog’s mother hustled over soon after, scaring the shit out of the poor baby warthog once again. It’s almost as if she’s saying, “DIDN’T I TELL YOU NOT TO MESS WITH DAMN ZEBRAS?!”

The message? Don’t fuck with zebras. Ever.