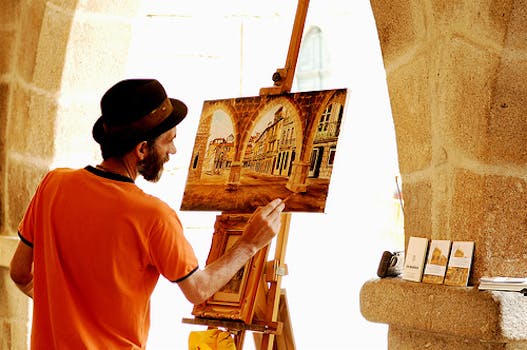 Artists petition YouTube for new category to call their own

Visual artists are already a community on the video-sharing site. They just want YouTube to give them a little space.

Some might deem the video-sharing site’s 11 current categories adequate—but not artists on the site, who feel overwhelmed and lost within its vastness.

Merrill Kazanjian, a visual artist and teacher, together with Mark Crilley, an author and book illustrator, have joined forces to petition YouTube for a “Fine Arts” category.

In a video uploaded Wednesday, Crilley explains that artists like himself, who like making videos showcasing their work, don’t have a category or section.

“A lot of people like me are using ‘how-to’ and ‘style’ and that category is very clearly dominated by the makeup videos,” said Crilley. He asked fellow artists to contact YouTube about this idea and participate in a Google forum post on the topic.

“Having a VISUAL ARTS category will do what the MUSIC category does and is doing for Musicians, for example many great Musical Artists have been discovered on YouTube and gotten record deals. A visual art category will do the same for Visual artists, it will help them gain more exposure and even get a job. There are a lot of employers looking for talented people and YouTube is the place to find them. Plus, we are tired of being 10 pages behind make-up, and fashion videos!”

That thread has collected 777 overwhelmingly supportive responses. Crilley’s video isn’t the only one on the topic.

“For the first time in history, artists from around the world are learning from each other, and communicating to each other,” said Kazanjian, who goes by kazanjianm on the site, in a video titled “YouTube Visual Arts—Time to Mobilize in #awesome2012!” However, as YouTube is organized right now, artists can’t find each other easily on the site, he pointed out.

Kazanjian’s plea has spawned dozens of similar videos over the last couple of months, some of which have been viewed more than 7,000 times.

YouTuber thedrawinghands called the way the art community on YouTube interacts an “unprecedented phenomenon, which is revolutionizing … art itself.”