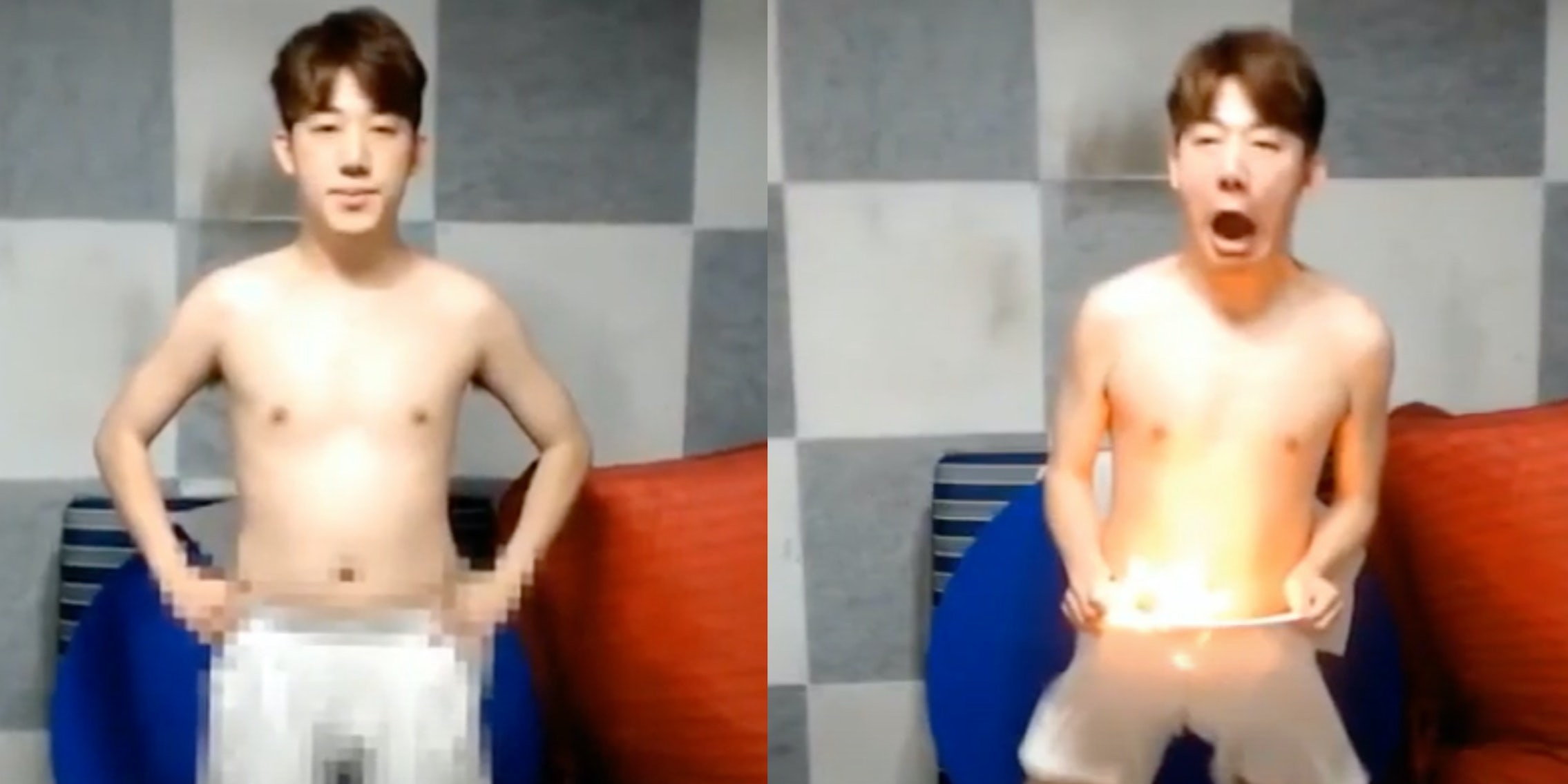 YouTuber sets his crotch on fire during live stream

He suffered second-degree burns and had to go to the hospital.

A South Korean YouTuber shocked fans after losing a bet with viewers that required him to set his crotch on fire.

The YouTuber, Shin Tae Il, also known as the “angry Korean gamer,” made a bet with one of his viewers through a live broadcast on Aug. 6.

The deal: If he didn’t come in first place in the game Fall Guys, he’d set his private parts on fire for five seconds.

Of course, he doesn’t win. The result was Tae Il returning to the camera in only his underwear. He then proceeds to pour lighter fluid on his crotch.

After bringing the lighter to his underwear, he sets himself on fire. As soon as the flames begin to increase, he yells out in pain and runs out of the camera frame. He stayed on the floor moaning and says he is in a lot of pain. (Obviously.)

He then sits down in a chair holding what appears to be a cold compress to his genitals before ending the stream. Many viewers, of course, were shocked he went through with the dangerous dare.

Tae Il later told fans that he went to the hospital for treatment and suffered second-degree burns, according to allkpop.