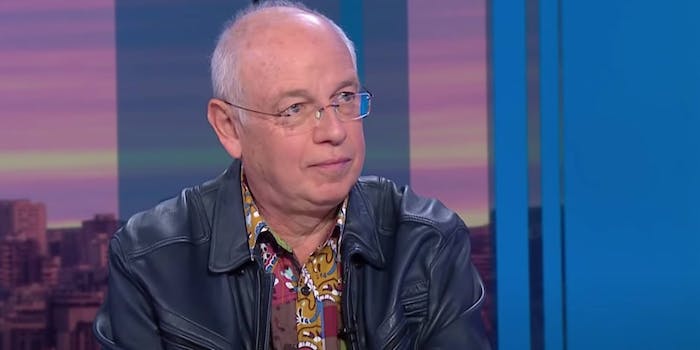 The French writer exploited the rape and murder of a woman he never even met.

A self-proclaimed serial killer “expert” was exposed online for lying about his career and, more creepily, exploiting the rape and murder of a woman by claiming the serial killer victim was his wife—he’d never even met her.

He also claims to have 70 serial killer interviews under his belt (including one with Charles Mason), trained at an FBI base, and lost his wife at the hands of a serial killer in the ’70s. For an added dose of clout, he also claimed he was once a professional footballer, according to media reports.

The serial liar only fessed up to his long list of fibs after the anonymous collective the 4ème Oeil Corporation posted a series of YouTube videos calling Bourgoin out.

The author finally confessed in recent interviews with French media.

“I completely admit my faults. I am ashamed to have lied, to have concealed things,” Bourgoin said in an interview with Le Parisien.

But the lie that’s unsettled people the most is the one about his wife, who Bourgoin made a focal point of his career. Bourgoin said his wife’s death is partly what got him interested in the subject. He also claimed his “personal experience” helped him have a better understanding of crime.

This entire time the Frenchman has gone with the story that he found his wife “Eileen” dead in their Los Angeles apartment. He later found out she was killed by a serial killer who murdered dozens of women.

But Eileen wasn’t real. Bourgoin wasn’t even in a relationship with the woman she’s based off.

“I didn’t want people to know the real identity of someone who was not my partner, but someone who I had met five or six times in Daytona Beach, and who I liked,” Bourgoin confessed to Le Parisien.

Piggybacking on the forged connection, Bourgoin even became a founding member “Victimes en Série,” a French organization for the loved ones of serial killer victims, Jezebel reports.

But the Bourgoin says there’s a reason for his serial lies. He has mythomania, a pathological tendency to exaggerate and lie.

The author seems to regret his lies and said his body of work could have stood without them.

“I am profoundly and sincerely sorry. I am ashamed of what I did, it’s absolutely ridiculous,” he told Le Parisien.