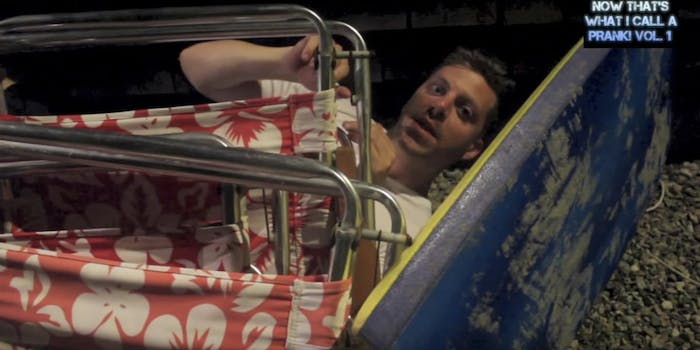 You can't help but roll your eyes at those prank videos—and this parody is no different.

One man is finally taking a stand against those annoying wannabe funnymen. We’ve all seen those sorts of videos that pollute the Internet with their amoral sensibilities and cliché ideas. Mike Camerlengo calls out them out with his own parody of the mischief.

Even if some of those videos are sort of funny, it’s time we put a stop to them.