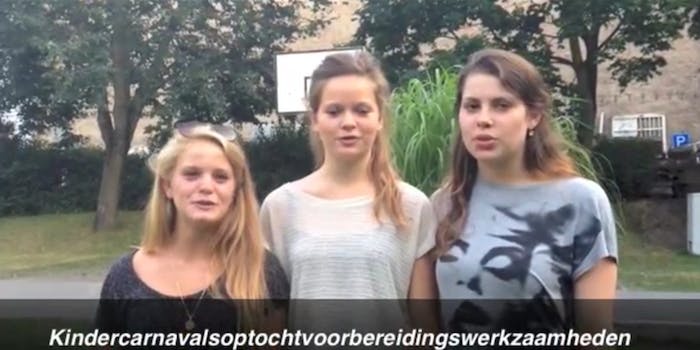 Seventeen-year-old Tim Doner has become an Internet-famous polyglot, and has often used his YouTube channel as a platform to practice more than a dozen languages, like Pashto, Hindi, and Farsi. In doing so, he’s developed an international fanbase of virtual language geeks.

For his latest video, he asked some of his acquaintances about the longest word in their native language. The results may not be completely accurate translations, but after a few views, a bit of multicultural poetry appears. Doner gets to the bottom of:

The Dutch phrase for “Preparation activities for a children’s carnival procession.”

The Bulgarian phrase for “Don’t act against what is stated in the constitution.”

The Swedish phrase for “The supply of uniforms to the personnel of the track cleaners’ union of the tramway company.”

Somewhat tellingly, the longest word in the English language is “antidisestablishmentarianism.” Still no word on what this phrase means.