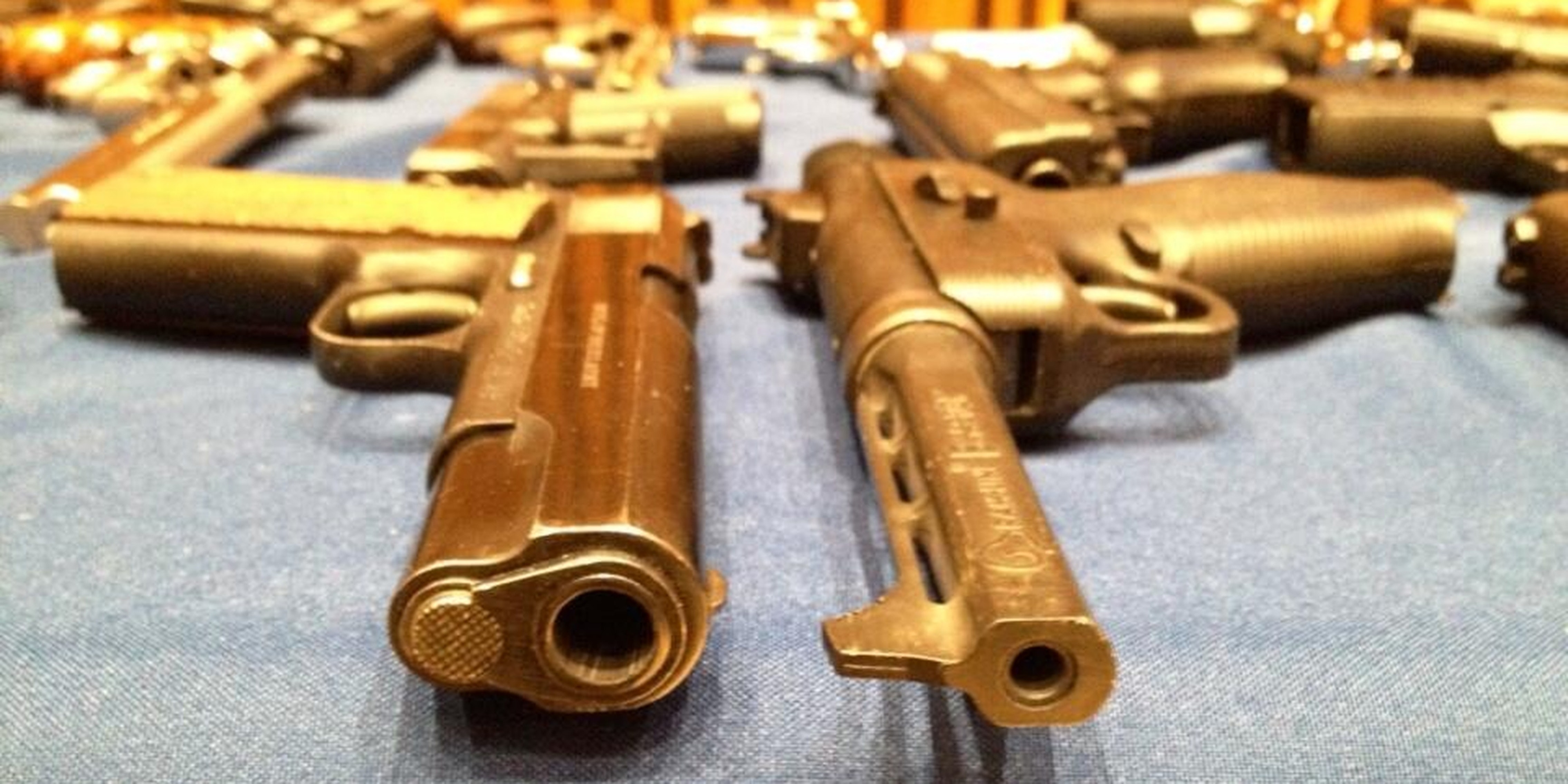 Matthew Best once bragged on YouTube he was "packing more guns than the Air Force," but his weapons belong to New York's finest now.

Rapper Matthew Best once bragged on YouTube he was “packing more guns than the Air Force,” but his weapons belong to New York’s finest now.

Half of the illegal guns seized by NYPD from traffickers in South & North Carolina, in arrests being announced today. pic.twitter.com/cwe3UKHMjU

Best, whose nickname was “J.D. Rapper” according to the 552-count indictment, reportedly uploaded that YouTube boast from the studio. From the same spot, he posted Instagram photos of guns and cash. The photos and video now appear to be deleted.

Walter Walker, of Sanford, N.C., and Earl Campbell of Rock Hill, S.C., took the guns to New York on budget bus services that didn’t require identification, according to authorities. The weapons included assault rifles and machine guns, and the defendants allegedly transported as many as 14 at a time.

Walker and Campbell, who operated independent smuggling rings, shared a dealer and sold guns within hours of arriving in New York, authorities said. The guns fetched at least three times their original price.

The undercover officer bought 208 weapons for almost $160,000. Of the 58 transactions, 11 occurred at the Ocean Hill recording studio with Best allegedly present. The officer made sure he was the traffickers’ only customer, and the buys occurred between last September and July. Police in New York, North Carolina, and South Carolina began making arrests on August 2.

Walker and Campbell each face hundreds of charges. Best, meanwhile, was charged with one count of conspiracy in the fourth degree.