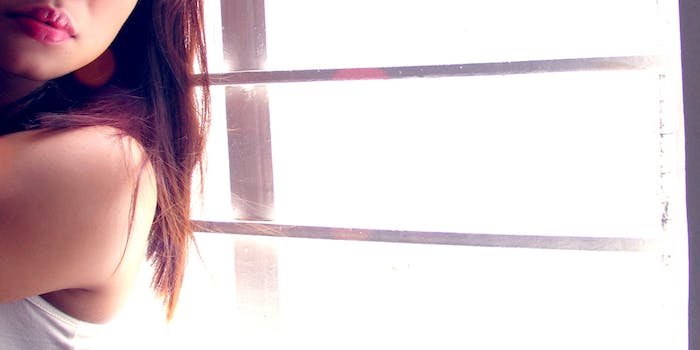 How YouTube is helping us have a better conversation about periods

This is how women on the Internet reclaimed the conversation on menstruation.

If you’re a lady, have you ever wondered why tampon and maxi pad commercials kind of give you the creeps? Why there’s something deeply unsettling about the blue blood and the euphemistic language and the relentlessly upbeat tone in these advertisements? Well, when Eve Ensler wrote in The Vagina Monologues that there’s “an army of people out there thinking up ways to torture my poor-ass, gentle, loving vagina,” she wasn’t kidding. There is an army of people out there making products for your vagina and they’re almost all men.

As Huffington Post reports, men still dominate board-level and executive-level positions in companies that make products primarily for women. For example, Kimberly-Clark, everyone’s favorite purveyor of lady products, has a board that is seventy-five percent male. Other feminine hygiene, cosmetics, and clothing companies follow this pattern closely: no company is even close to gender parity at the highest levels. There’s something wrong with a feminine hygiene company that might not need a sanitary napkin disposal bin in its executive washroom.

If you want proof that these feminine hygiene companies would be better off in the hands of women, you don’t need to look any further than YouTube. If you’re a makeup-wearing lady, you’re probably already aware of the emerging beauty vlogging scene on YouTube where women share product reviews and tutorials. (Raise your hand, by the way, if you’re a grown woman who has tried to replicate a twelve-year-old’s smokey eye only to spend the rest of the night shamefully scrubbing eyeliner off her face.)

But you might not know that young women on YouTube are also taking over the conversation surrounding periods in a big way. While it’s nowhere near as vibrant as the beauty vlogging scene, plenty of girl vloggers are reviewing tampons, sharing product advice, and helping other girls prepare for their periods. And the conversation around periods in the girl vlogging scene is miles beyond what you’d find in a corporate pamphlet or a bizarrely figurative commercial or an awkward talk with your mom.

Most noticeably, girl vloggers aren’t afraid to admit that period blood is red. YouTube users like southernraised28 and whatgirlztalkabout, for example, have posted absorbency tests to help other girls decide which tampons they should use on light flow days versus heavy flow days and the liquid that they use in their tests is (gasp!) red. In fact, if you scroll through the search results for tampon absorbency tests, you’ll see that almost every girl vlogger opts for red food coloring even though the blue bottle in their kitchen is just as readily available.

Why is this choice so significant? The redness of fake period blood on YouTube means that girls in the digital generation are, perhaps unsurprisingly, more open and honest about menstruation than a middle-aged male marketing executive might be. If girls are independently gravitating toward red blood as they make their own videos, that’s a pretty strong indicator that the blue period blood of commercial fame was concocted by dudes who were a lot more squeamish about menstruation than people who experience it monthly.

Consider, too, that it took until 2010 for a major feminine hygiene company to show a single red drop of red blood in a historic print advertisement designed by, you guessed it, a woman. While mainstream advertising and informational literature take baby steps toward overcoming the omnipresent menstrual taboo in our society, young girls are casually dunking their tampons in red liquid on YouTube like they’re at a fondue party.

Because red blood isn’t a big deal. Not to these girls. Sure, if you try really hard to make red liquid gross, you can do it. But exaggerated parodies aside, girls on YouTube pay no mind to weird cultural fears surrounding menstruation and “that time of the month.” In a world flooded with the blue liquid of shame-inducing advertisements, these girls are sending a remarkable message to each other through YouTube: “Our bodies bleed red. And that’s okay.”

More remarkable still is the fact that these girl vloggers generously help other girls prepare for their periods. Some vloggers like ilikeweylie help girls prepare for their periods by instructing them how to put in a tampon for the first time while speaking frankly about the challenges they might face. ilikeweylie tells girls who might not know where their vagina is that they should lie down in the bathtub and use a hand mirror. She then draws a playful diagram to help them understand where the tampon goes.

“You don’t have to feel awkward,” she reassures her viewers. “You’ll probably be panicking a little bit when you’re trying to get your tampon in but it’s okay! It’s normal.”

Other vloggers like AdolescenceForGirls help girls prepare for their periods by teaching them how to pack period kits for school so that they don’t have to send the emergency Hail Mary text to a friend from a bathroom stall.

Across the board, the conversation surrounding menstruation on these YouTube vlogs is refreshingly unguarded and overwhelmingly empathetic. These girls are genuinely concerned for their peers and they’re using the Internet to look out for each other more efficiently than ever before. Many of their videos have view counts in the millions, proving that young girls are increasingly turning to YouTube as an important site for communal knowledge about topics like menstruation that are still taboo in popular, male-dominated discourse.

The digital generation of young women is accomplishing something incredible. They’re creating the world’s first honest, unapologetic, and instantly accessible body of knowledge for young girls who are trying to understand menstruation. And they also offer us a glimpse at what the world might be like if women controlled feminine hygiene companies. But until some major corporate changes take place, YouTube girl vloggers are putting Kimberly-Clark to shame. Maybe it’s time they took over the board room.